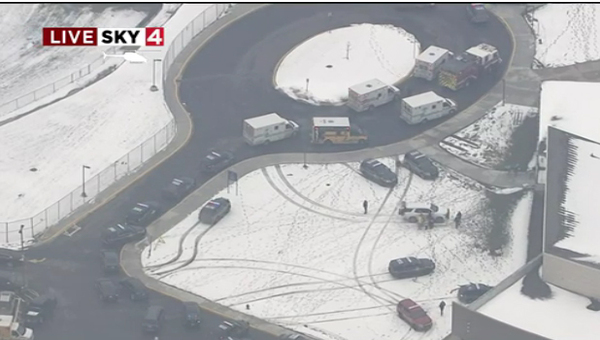 
Three students are dead and eight others were shot at Oxford High School this afternoon.

At a press conference, Oakland County Undersheriff Mike McCabe said a call of an active shooter came in at 12:51pm. The 15-year-old suspect is a sophomore at the high school, who was said to have surrendered without incident to deputies.

McCabe said the entire incident lasted around five minutes and during that time, the suspect fired 15-20 shots from a semi-automatic handgun. In order to fire that many shots, McCabe said the suspect would have had to have reloaded another magazine into the gun.

Three students were killed and eight others were shot, including one teacher. They were transported to area hospitals for treatment of multiple injuries.

The deceased have since been identified as a 16-year-old male, a 17-year-old female and a 14-year-old female. The eight others were said to be in various stages at local hospitals. Two were undergoing surgery and the other six were all listed in stable condition with various gunshot wounds.

At least two medical evacuation helicopters landed at the high school - one was Survival Flight, which is based at the Livingston County Airport, and the other was MedFlight.

McCabe said deputies conducted a secondary search of the school for any further victims. Staff and students were evacuated to a nearby Meijer store for reunification with family.

No information was given about a possible motive and McCabe said the suspect has invoked his right to remain silent and requested an attorney.

It’s not yet known if the shooting was random or targeted. McCabe said they know how he got the gun in the school but wouldn’t say anything further citing the ongoing investigation.

McCabe said suspect invoked his right to remain silent and did not make any statements as to a motive. He added that he didn’t know if there was any past discipline. The suspect is lodged as a juvenile at Oakland County Children’s Village. McCabe said he could be charged as a juvenile or as an adult, depending on what the prosecutors decide.

McCabe stated they’ve been hearing all kinds of rumors about warning signs, noting they have a liaison deputy assigned to the high school and they’re not aware of any warnings. He added they work very closely with the superintendent and principal and if there were, he has to believe they would have told them.

McCabe further cautioned people to not believe everything they see and hear on social media. He said there’s a lot of stuff out there because of social media and he can’t confirm whether it's true or not but ultimately, they “will get to the bottom of this”. McCabe said they were executing a search warrant at the suspect’s house – noting the suspect is not cooperating with them at this point in time. He clarified they’ve talked to the parents and all he can say is that they didn’t want their son to talk to authorities and have hired an attorney.

McCabe said they conducted three sweeps of the building, which is very large, and there are multiple security cameras that will all be reviewed. He stated around 1,800 students attend Oxford High School and those who attended classes yesterday will all have to be interviewed.

Anyone with information about the suspect or incident is asked to contact the Sheriff’s Office at 248-858-4911.


Meanwhile, Governor Gretchen Whitmer has ordered all U.S. and Michigan flags to be lowered to half-staff immediately until further notice to honor and remember the victims. She issued the following statement:

"My heart breaks for the students, teachers, staff, and families of Oxford High School. The death of multiple students and the shooting of many others, including a teacher, is horrific. I want to thank the first responders on the ground working hard to keep people safe as law enforcement officials investigate this shooting and get the community the help it needs right now. Our state is in mourning alongside the parents who had their children taken from them today and the entire community in Oxford”.

"This is a dark and painful day for Michigan. I send my deepest condolences to the families of the three students who have lost their lives — they have received the worst news any parent can ever imagine. We must continue to pray and hope for the additional students and teacher who have been injured, and for the students who are in shock right now. They will somehow have to make sense of one of their peers doing this to them. I’m headed back to Michigan now. Our Oxford community is tight-knit, and people there care deeply for one another. That will be more important than ever now".