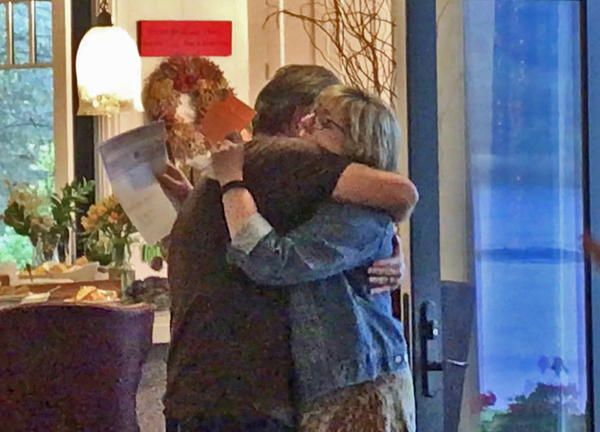 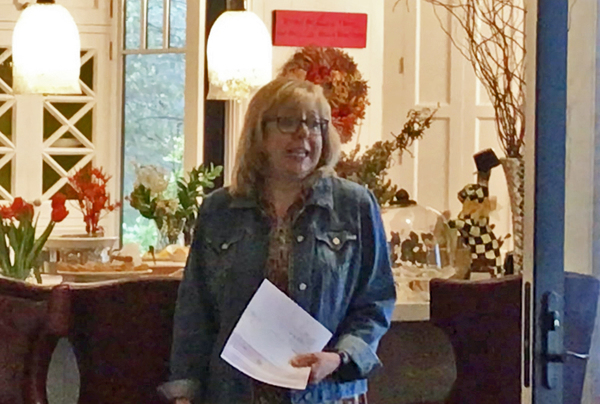 
A surprise farewell gathering for the departing executive director of a local nonprofit turned into a double surprise with a six-figure donation to the organization in her honor.

Anne Richardson has been the Executive Director of The Arc Livingston for the past six years, but as has been with the agency for 19 years. In June she announced that she would be stepping down in December, and friends, family and colleagues decided to throw her a surprise farewell gathering on Thursday.

While the party itself was a surprise to Richardson, the real revelation came when Steven Bearden, on behalf of the Von Voigtlander Foundation, presented a $100,000 grant to the Arc Livingston, which seeks to empower persons with developmental disabilities and their families to ensure that they can participate fully in the life of their community.

Richardson was brought to tears by the surprise announcement and afterward said it will have an impact far into the future. "That was absolutely a wonderful gift to the community because the Arc can do so much that money. Steven and Gwen have been so supportive of our work and that shows how much they value what we do, how much they value people with disabilities in our community and the fact that we're working to make sure people are included. I couldn't be happier or prouder. I don't know what's going to happen next because there are a lot of possibilities now."

Richardson will stay on with the Arc through the end of the year as she works with her successor, Carol Lynn Taggart of Howell. Taggart was most recently the Director of Advancement at Michigan Humanities in Okemos, but was also previously the Marketing and Development Manager at the Hartland Cromaine District Library.

Top photo - Steven Bearden and Anne Richardson hug after the $100,000 grant was announced.