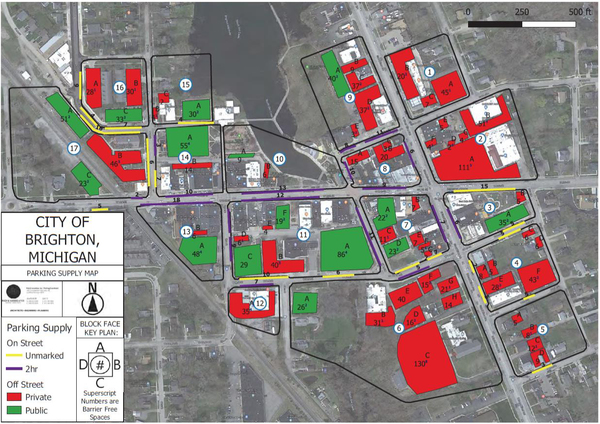 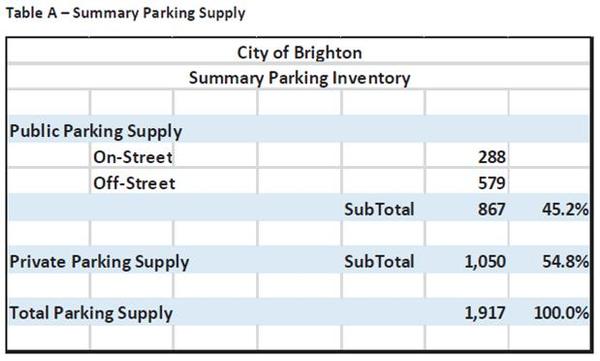 The Brighton City Council was presented with the final report on the latest downtown parking study at a recent study session.

David Burr, of Rich and Associates, a Southfield-based parking consultant, architectural and engineering firm, told council that Brighton is among the select few of downtowns with a high utilization of parking spaces, particularly in the late afternoon and evening, when about 90% of the public spaces were occupied. Burr tells WHMI that due to the popularity of Brighton’s downtown, there are what he called some “deficiencies” in the number of parking spaces.

Brighton has 867 on-and-off-street public parking spaces in its downtown and 1,050 private spaces, for a total of 1,917 parking spaces. The parking study was conducted on Fridays during the summer, and the results were consistent with what the company - which has been conducting parking surveys for the city since 2009 - has seen in recent history.

Burr said the company does not have any specific recommendations for the city, since it was merely asked to “quantify and qualify” parking demand in downtown Brighton. However, he said they are available if the city should want to follow up on the study in the future. Burr added that a multi-story parking structure is something the city needs to consider in the near future. The Downtown Development Authority has been researching the possibilities for having such a parking structure, but has made no decisions because of a combination of the high cost - estimated at from 9 million to 11 million dollars - and the difficulty in finding a viable piece of land on which to build the structure.

At the call to the public, downtown businessman Mac Miller voiced approval for the study when he said, “I think this a good start. You have created what you wanted…a community ripe for development. And now we’ve got to handle what you’ve stirred up. So good luck!” (TT)