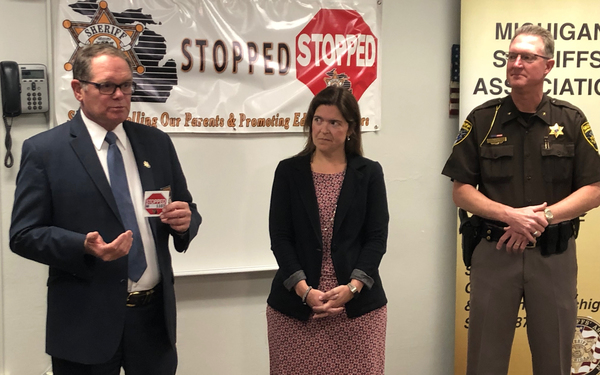 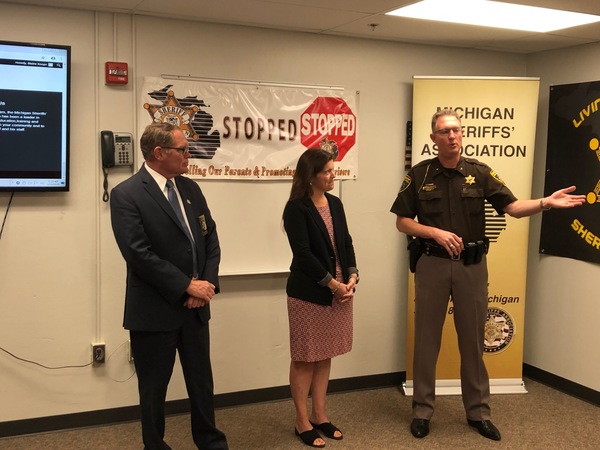 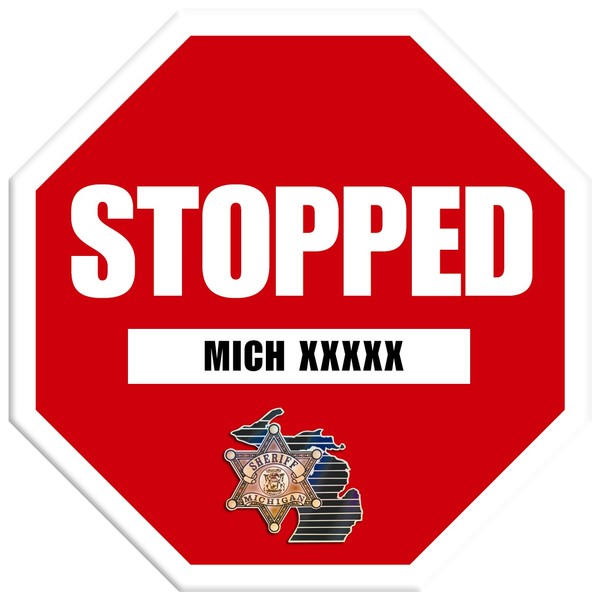 Parents can now sign up for a program that will alert them electronically the moment their child has been involved in a traffic stop with a Sheriff’s Office deputy.

Sheriffs Telling Our Parents and Promoting Educated Drivers, or S.T.O.P.P.E.D., is a voluntary program for parents who would like to be notified when their child-driver is pulled over. While the program has been around for nearly a decade, the Livingston County Sheriff’s Office is one of 2 in the state going all-electronic with S.T.O.P.P.E.D. How the program works is followed: A parent can go online to sign up and register any vehicle, whether it’s a car, boat, moped, ORV, or motorcycle that will be operated by any person under 21 years of age. They will then receive a sticker to place on the back windshield. In the event the young adult is pulled over, the deputy will see the sticker, and input the number into a program online, complete with the reason for the stop and space for any additional comment the officer may have. Upon completion, a text and/or e-mail is immediately sent to the parent notifying them of the incident.

Livingston County Sheriff Mike Murphy said one of the big ideas with the program is that it will help build accountability between the young driver and their parents. Murphy said that at the end of the day this will make it a little more difficult to hide a ticket or a warning, which probably never gets reported, from a parent, but that it’s really about more than that. He said it’s not about spying on kids, but rather about safe driving. Murphy continued, saying that the ability for a mom and dad to have a conversation with their kids if they get stopped is huge, and that it probably doesn’t happen enough.

The sheriff spoke during a kick-off event held Wednesday morning, on how kids aren’t always forthcoming with information about traffic stops, and that the ability for parents to have instant feedback and know right away that they’ve had interaction with law enforcement is “beautiful.” In the past, notification was done by standard mail, creating a large time lapse between when the child was stopped and when the parents were alerted. Now that they will know immediately, Murphy said parents can choose to say something right away when they get home, or they can choose to sit on that information and see if their child decides to come forward on their own.

Blaine Koops, Executive Director of the Michigan Sheriff’s Association, said he believes that with S.T.O.P.P.E.D., they are on the cusp of a whole new way of doing law enforcement. Once the program is established locally, eventually he sees it rolling out to Sheriff’s Offices in all 83 counties, and then to the 600+ local police departments in Michigan.

State Representive Hank Vaupel of Fowlerville was at the kick-off event and praised it. Vaupel called it an outstanding program that helps law enforcement and parents teach children that they are accountable for what they do and that nothing is done in a vacuum.

The program was helped made possible by roughly $40,000 in donations from State Farm Insurance.

More information, and link for parents to sign up can be found at www.misheriff.org.(MK)