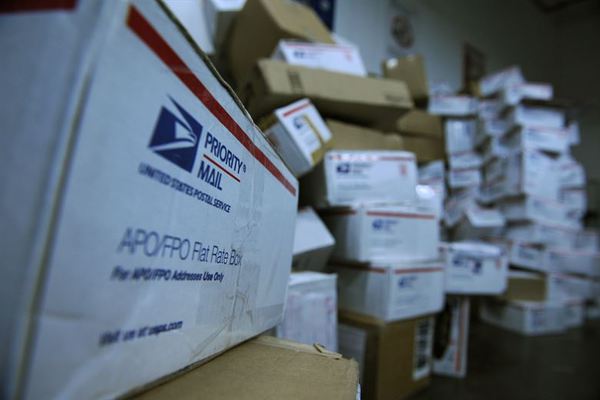 The House has passed bi-partisan legislation to stop the Flow of Synthetic Opioids through the International Mail System co-sponsored by Livingston County’s congressman.

The House of Representatives passed the Synthetic Trafficking and Overdose Prevention or STOP Act of 2018 on Thursday. It’s sponsored by Republican Congressman Mike Bishop and Democratic Congressman Bill Pascrell, Jr. of New Jersey. Specifically, the bill would require the U.S. Postal Service to transmit advance electronic data to U.S. Customs and Border Protection for at least 70% of international shipments coming into the U.S. by the end of 2018, and 100% of inbound international shipments by 2020. The STOP Act passed by a bi-partisan vote of 353 to 52. Congressman Bishop says countless lives have been cut short in Michigan as a result of the devastating epidemic. In 2016 alone, opioids claimed the lives of more than 2,000 Michiganders.

Bishop said he was astounded to learn that current law treats packages coming in through private carriers like FedEx and UPS differently than it does shipments through the United States Postal Service (USPS), and as a result, drug traffickers can readily ship synthetic opioids into the country through the USPS. He says making matters worse is that synthetic opioids can be 50 to 500 times more potent than the typical street dose of heroin. The Senate will take up the STOP Act next.

A USPS representative earlier stated 40 to 50% of mail entering the U.S. contains advance electronic data. During testimony before the Senate last May, it was noted the STOP act would cost the Postal Service between $1.2 to $4.8 (B) billion over a ten year period. Further, USPS would have to pay new customs fees but would be unable to recoup costs from customers. (JM)