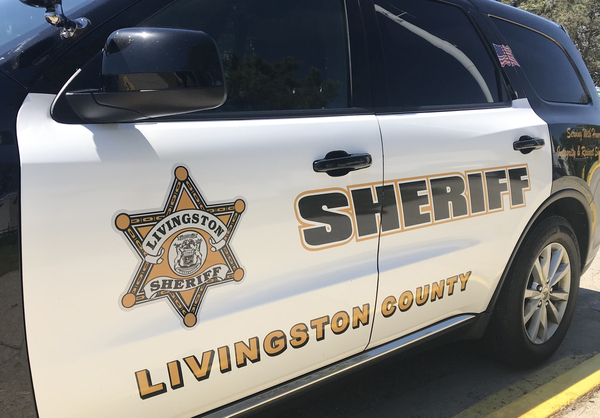 
Two suspects that led police on a chase Monday afternoon in a stolen vehicle that crashed into a house were arrested.

Deputies from the Livingston County Sheriff's Office were patrolling eastbound I-96 near M-59 in Howell Township around 2:47pm when they attempted to initiate a traffic stop on a 2014 Ford Explorer after determining that it had been stolen out of Melvindale, Michigan. The Office says the vehicle failed to pull over and accelerated at a high rate of speed and continued east on I-96.

The Explorer exited at D-19 and traveled northbound through the City of Howell at a high rate of speed. The vehicle continued north onto Oak Grove Road still being pursued by Deputies, who were in a fully marked patrol vehicle with emergency lights and siren activated. The vehicle failed to slow down for the sharp curve located at Sanford Road and Faussett Road and lost control.

The Office says the vehicle left the roadway to the north and struck the house located at the corner. The driver, a 42-year-old Allen Park resident, and the passenger, a 49-year-old Romulus resident, were taken into custody and transported by Livingston County Ambulance to Saint Joseph Livingston Hospital for treatment for possible injuries sustained in the crash, prior to being processed.

The residence that was struck was occupied at the time of the crash, but no one was injured.