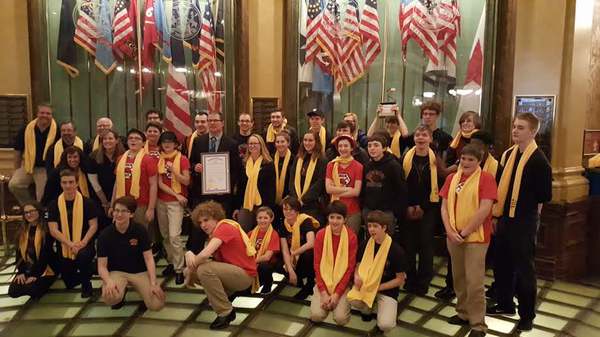 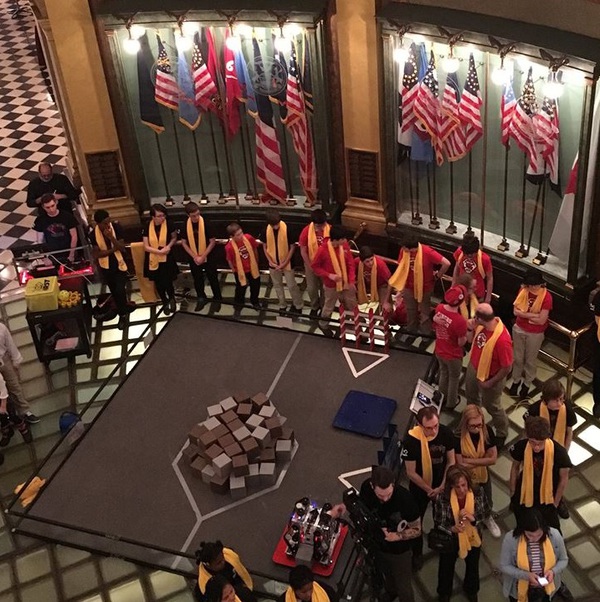 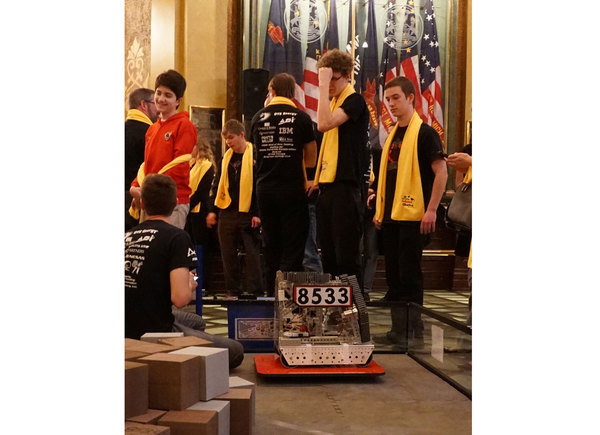 Students from a Brighton prep school showed off their robotics expertise at the Capitol building in Lansing for local and state leaders. The Charyl Stockwell Prepatory Academy Middle School Miners and High School Gems FIRST Robotics let loose their creations during a special event held in the Rotunda of the Capital Building. During their presentation, State Representative Lana Theis of Brighton made a resolution and presented the teams with a decree signed by Governor Rick Snyder and Lieutenant Governor Brian Calley. The decree was also signed by local lawmakers including State Senator Joe Hune of Fowlerville, State Representative Hank Vaupel of Handy Township, and Theis, herself. The CSPA High School Gems are coming off their fourth consecutive appearance in the FIRST World Championships and is preparing for the 2018 season. The Middle School Miners participated in the State Championships last December where they qualified for, and are preparing to attend the North Super Regional competition in Cedar Rapids, Iowa, next month. The decorated teams were invited by the Michigan Association of Public School Academies in honor of National School Choice Week. (MK)