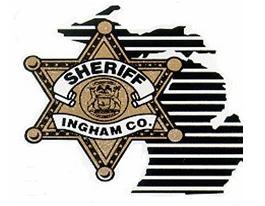 A Stockbridge man is facing charges after stealing a cement truck, crashing through a locked gate at a General Motors facility and hitting several parked vehicles.

Deputies with the Ingham County Sheriff’s Office were dispatched around 5:40am Thursday to Schafer Redi-Mix on Eden Road for the report of a stolen cement truck. While a deputy was responding to that call, a second call went out for a disabled cement truck on Cedar Street near Edgewood Blvd. The Office says as a deputy approached, the driver of the vehicle ran towards Mernard's. With the help from Lansing Police and a Sheriff's K9, the subject was found hiding on the property and taken into custody without incident.

The driver has since been identified as a 28-year-old man from the Stockbridge area. He was arrested and charged with possession of a stolen vehicle and may be facing charges in Eaton County for driving the cement truck through a locked gate onto General Motors property in Delta Township. The sheriff's office didn't say why the subject drove the truck to Detroit-based GM's Customer Care and Aftersales facility. The department is investigating. GM spokeswoman Erin Davis said that the truck caused some damage to the automaker's property and it contacted law enforcement about what happened. No injuries were reported. (JM)