Stiggy's Dogs Honored For Work With Animal And Veteran Community 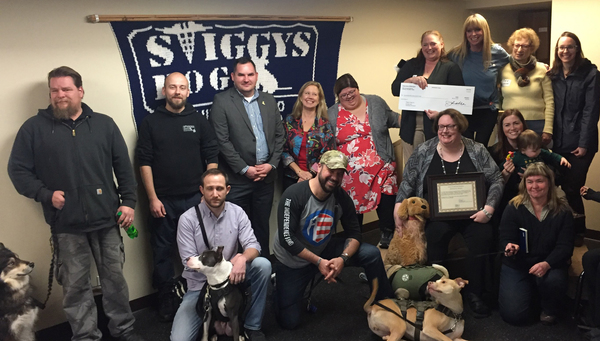 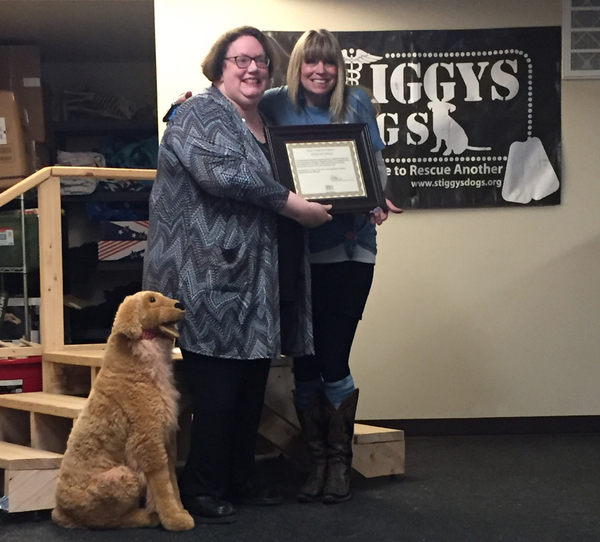 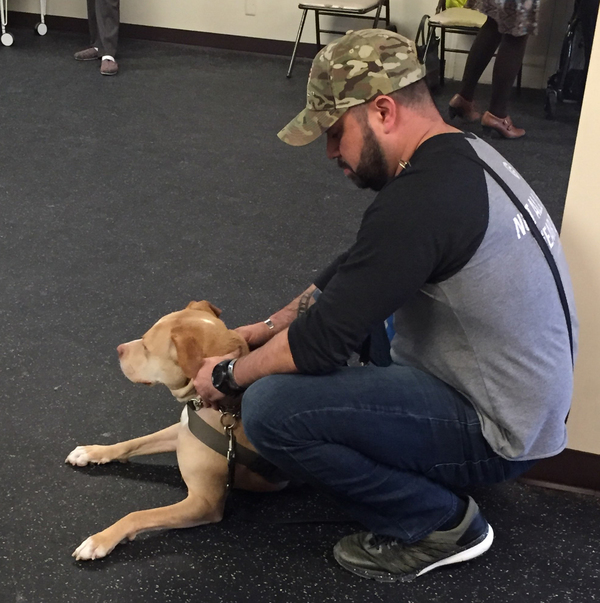 An area nonprofit that trains rescue dogs to serve military veterans is the recipient of an award that celebrates contributions to animals’ well-being.

Representatives from the Animal Law Section of the State Bar of Michigan recognized Stiggy’s Dogs with a ceremony held Tuesday at their training facility in Hamburg Township. Program leaders were presented with the Animal Law Section’s Sadie Award, which acknowledges Michigan residents or groups not involved in the legal or legislative system that work within the community to ensure the well-being of animals.

The Sadie Award was created in 2001 and named in memory of a family pet that died as the result of animal cruelty. Sadie, a rescue, trained through Stiggy's STaR Program at Thumb Correctional Facility. Sadie was also Michigan's first live-in prison therapy dog.

Stiggy’s rescues shelter dogs, who are then trained and deployed at no cost to veterans living with Post Traumatic Stress Disorder and traumatic brain injury. Allen Melick is one of the program’s veterans and says his service dog, Mickey, has helped him live more independently. Melick says through the program, he's gained a sense of purpose and more confidence. He says he's able to do things on his own without having to be on guard, as Mickey is trained to lookout for him.

Stiggy’s was nominated for the Sadie Award by Stephanie Olsen, Council Member for the Animal Law Section. In a letter to the State Bar, Olsen bases her reason for nominating the group on partnerships with animal shelters and the Thumb Correctional Facility, their efforts to better the lives of local veterans and their families, and how they’ve challenged the negative attitude some have developed toward shelter dogs regarding their capabilities.

Olsen has seen firsthand what the nonprofit can accomplish. Olsen fostered a German Shepherd named Eddy, who was transferred from the Michigan Humane Society in 2013 to Stiggy's. Eddy is now a trained service dog for marine veteran Chris Bullion.

Jennifer Petre, Founder of Stiggy’s Dogs, says it takes a village and many partners to achieve what the organization has been able to in a short amount of time. Petre says the award means so much because it acknowledges their work in giving back to the veteran and animal community.

Petre started Stiggy’s Dogs from the ground up approximately seven years ago in memory of her nephew, Benjamin “Doc Stiggy” Castiglione, a Navy Corpsman who was killed in Afghanistan in 2009. Castiglione is said to have dedicated his life to preserving and improving the physical and emotional health of the Marines serving in his unit. He is remembered by his family for his caring nature and love of family and dogs. (DK)