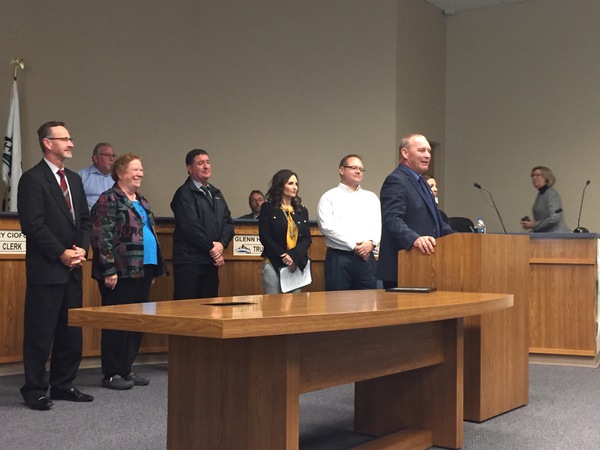 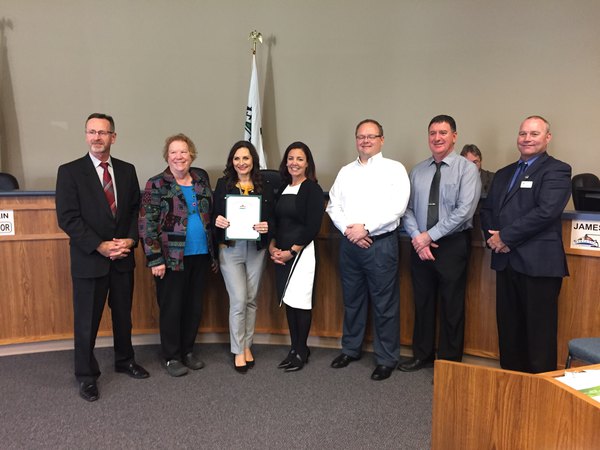 The 4th annual State of the Township address to the Hartland community revolved around a theme of growth, as officials highlighted their efforts to build not just developmentally, but relationally as well.

Supervisor Bill Fountain delivered the address at township hall Monday to residents, local officials and community partners. Fountain says the four Partners in Progress, the Hartland Area Chamber of Commerce, Hartland Consolidated Schools, Cromaine Library and Hartland Township, have been working together to finalize the community’s “brand”. Chamber Executive Director Katie Chuba says the partners want to fulfill the promise to those coming to area adding, “We want to create that sense of community through this collaboration.”

After talking about the ongoing and continued growing relationship among the partners, Fountain discussed “smart growth”. He says it’s a tool for officials to use while planning for the area’s future, keeping in mind what is in the best interest of the community’s stakeholders. Fountain says the “smart growth” philosophy considers what a community can look like as times change. The goal when planning, according to Fountain, is to consider the different land uses, like residential, industrial or commercial, and ensure there are buffers between those uses that are sensitive to both entities living next to each other.

The “smart growth” concept is one that may come in handy, as Planning Director Troy Langer says there’s an increased interest among developers to pursue various projects in Hartland Township. The Emagine Movie Theater, set to open by the end of this year, has played a role in generating conversation between the township and companies interested in bringing commercial and residential developments to the M-59 corridor. Noting the obvious growth and potential to grow, Langer says officials have also seen an uptick in renovations, adding that there are existing businesses that have and are doing interior remodeling and a “tremendous increase” in the number of permits sought to remodel homes.

Monday’s State of the Township address concluded with the announcement of the 2018 Volunteer of the Year, Kathy Farhat-Tomaszewski. She was recognized for her advocacy work in the community as she works to raise awareness about pediatric cancer, as well as the need for research and more programs. (DK)