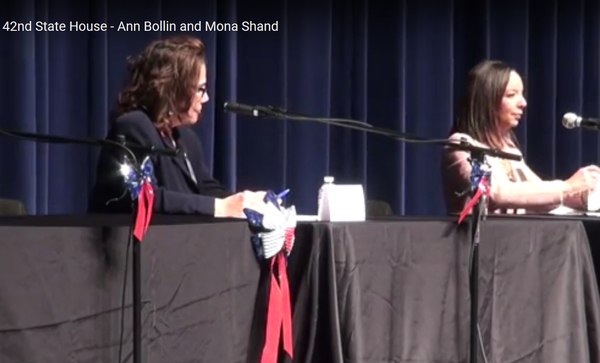 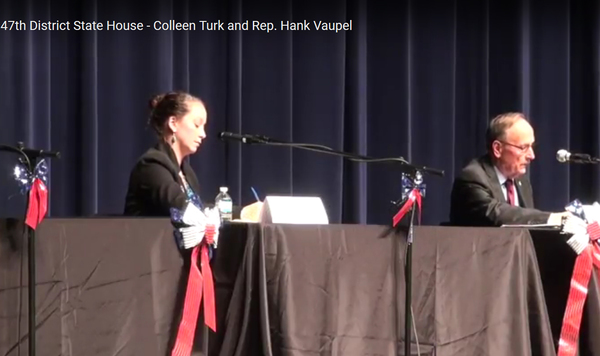 Issues that have come to the forefront recently in Livingston County, like PFAS and substance abuse, were among the questions asked at a recent candidate forum in Hartland.

Thursday’s forum featured candidates in contested races in next month’s election, including those running for the 42nd and 47th State representative seats. In the race for the State Representative seat in the 42nd District, Democrat Mona Shand and Republican Ann Bollin are running against one another. When asked how each would address funding for roads and infrastructure, Bollin said a revisit of the Act 51 road funding formula was needed, calling it "antiquated" and that we, "need to hold building the roads accountable, enforce our warranties and monitor performance-based contracts," adding that, "it is going to take all of us to solve this but our expectation has to be realistic to solve it."

Shand directed her answer at those in charge in Lansing, "The Republicans have had control of the Governor's house, State Senate and State House for the past eight years and in that time your gas taxes have gone up and your registration fees have gone up and I don't think you can say the roads are significantly better as a result. It's time to stop trying to solve this on the backs of working families."

When asked what steps they would take to expand support for those struggling with substance abuse and mental health issues, both centered their answers on collaboration in the community. Bollin says, "We need to work together, implement the CARES Task Force, bring forth resources, to make sure that we are collaborating with all the agencies. There's no time for duplication. It's time to work together, work hard, and make it a better place for everybody."

In addition to collaboration, Shand also mentioned consideration of treatment and whether individuals are receiving the level of treatment they need. Shand says, "We have to encourage an environment that supports addiction specialists. We need to work with law enforcement to make sure that they recognize the signs of addiction. This is really going to require a community involvement. And I'm really proud to be a member of the Livingston County Community Alliance as well, which brings together law enforcement, media, people from every sector, Community Mental Health, schools. And we're all working together."

Republican incumbent Hank Vaupel is being challenged by Democrat Colleen Turk for the 47th district. Both candidates were asked about teacher shortages, roads and infrastructure, and gun violence. On the issue of gun violence in schools and how to increase safety, Vaupel says there is a need to identify people with mental health problems first, which Turk agreed with, adding there is a need to reduce the ratio of students to counselors.

Speaking to the PFAS contamination, both candidates were asked what can be done to safeguard drinking water. Turk says the first thing that needs to be done is review and establish a safe level for consumption regarding water that is contaminated. Turk says, "There was a bill introduced by the Democrats last December that said that unenforceable advisory limit that we have, that 70 points-per-trillion, there are other states that have a limit as low as 15 parts-per-trillion. So what is a safe amount for us to be ingesting? So let’s move that bill out of committee, take it to the floor, and start discussing it. And then we have start figuring out how to fix the problem and the biggest way that we’re going to fix that problem is to hold polluters accountable.”

Vaupel agreed a suitable level of consumption should be established, but also felt the products that contain PFAS need to be eliminated. Vaupel says, "PFAS has been in the environment for quite some time. It’s a fire retardant that’s still used by firefighters. We must look at alternatives to using the PFAS in the substances we’re using for fire retardants and also in many, many products that are made. We must come up with a way of eliminating it since we don’t know what is a safe level and it’s hard to actually find all of the polluters that are doing it.”

The Livingston Post videotaped the closing arguments for each race featured at the forum and those can be viewed through the link below. (DK/JK)