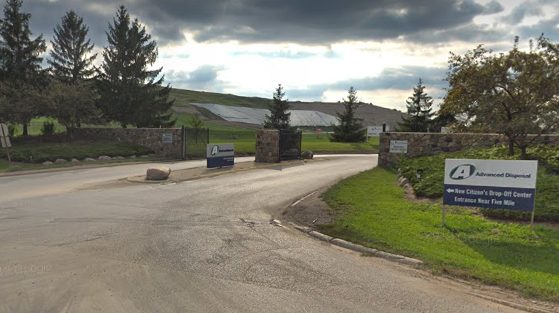 
The operator of an area landfill is the target of a lawsuit filed by Attorney General Dana Nessel.

The civil lawsuit, which was filed in Ingham County Circuit Court on behalf of the Michigan Department of Environment, Great Lakes, and Energy (EGLE), is against the operator of the Arbor Hills Landfill on West Six Mile Road in Salem Township for failing to comply with state and federal regulations and endangering the public health, safety and welfare. The suit seeks injunctive relief to require Advanced Disposal Services Arbor Hills Landfill Inc. to operate its landfill in compliance with state and federal law for air quality and solid waste management. Nessel said the Advanced Disposal Services has continually demonstrated a “blatant disregard for the serious concerns raised by community members and the state” and that the site has been a, “nuisance for years and the potential threat to the health of nearby residents is significant.”

The suit alleges that Advanced Disposal Services has consistently failed to install an adequate collection and control system to capture gas generated from both active and non-active areas of the landfill and failed to address leachate issues at its landfill. Leachate is the liquid that gathers along the bottom double-liner of a landfill and can include liquid from the waste itself, rainwater and other outside sources. If not properly managed and removed, it can build up and potentially contaminate groundwater and other water resources.

“Our goal is to ensure Arbor Hills Landfill is not a nuisance to neighbors, and that the facility operates safely in compliance with state and federal laws for air quality and waste management,” said EGLE Director Liesl Clark.

In a press release, Nessel’s office say the operator indicated it would fix the problems but has failed to act, noting that EGLE began receiving complaints in January 2016 from nearby residents about odor coming from the landfill. State officials note that solid waste landfills emit air pollutants, including hydrogen sulfide and methane. Hydrogen sulfide emissions contribute to the nuisance odors. Methane is extremely flammable and presents safety risks if not properly managed and allowed to build up.

Following investigations by EGLE and the U.S. Environmental Protection Agency, fugitive emissions were found to be the primary source of the odors. The state department issued multiple violation notices to the operator for its failures to properly operate the landfill and the gas collection and control system. Nessel says the failure of Advanced Disposal Services’ to address those concerns resulted in the state filing the lawsuit.