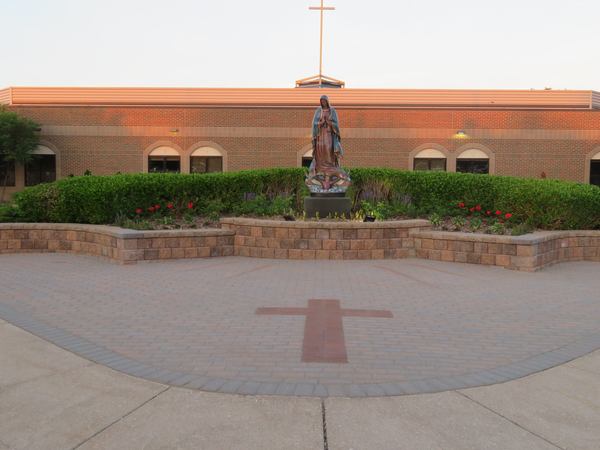 
Local churches are continuing to adapt during the COVID-19 pandemic and with the Lenten season coming up, that means many popular fish fry events will look different this year.

Local retired Pharmacist Bob Phipps and his wife Cathy have been producing the event at St. Mary in Pinckney for 15 years, which he says is a lot of work but also a labor of love. He says typically they’re big social events and people come from all over but due to the ongoing pandemic, they had to move to drive-thru events and many of their older volunteers can’t be involved. Phipps says there’s still a great fundraising need so it was decided to continue the fish fry, although the events will be dramatically different this year.

To make the event happen this year, St. Mary turned to younger school families, students and volunteers who will all help out at drive-thru events during the fish fry season. It takes place for six consecutive Fridays, starting February 19th, and runs from 4 to 7pm. Typically, over 3,000 meals are served. The cost is $10 for a baked or fried fish option with au gratin potatoes, French fries, homemade mac and cheese, coleslaw and dessert. Phipps said the parents and students all committed to helping and really stepped up, telling WHMI the raw enthusiasm involved was heartwarming. He said it’s nice to have the kids more involved this year and funds raised will help fund a scholarship program, which is needed to keep education affordable.

Phipps noted they want to make sure to keep people moving so traffic doesn’t get backed up p on Dexter-Pinckey Road during the Friday evening commute for people. He says they’re keeping the process simple with two different entrances. People will drive up and place their order, then move up in line to pay and then move up again to pick up their food.

In addition to his work with St. Mary, Phipps also volunteers with the Livingston County Health Department. Most recently, he’s been signing up seniors for vaccines and getting people set up - saying everyone at the Department has been working obscene hours trying to get people vaccinated and making sure everything is organized. Phipps said it’s been interesting but both efforts are very rewarding and keep him connected with the community and active. Phipps said he’s blessed to work with such tremendous people in Livingston County, who are working seven days a week and the amount of dedication is impressive – adding he wants to be part of the solution. He says it’s a process and there’s a lot of work involved – adding he knows “everyone wanted their shot like yesterday” but they’re trying hard to get as many people vaccinated as possible and keep it well organized. Phipps added that sometimes people forget who the heroes are but through this mess, you’ll find out in hurry and it’s all of the doctors, nurses, health care providers, drivers and others trying desperately to end this pandemic. Facebook photo.