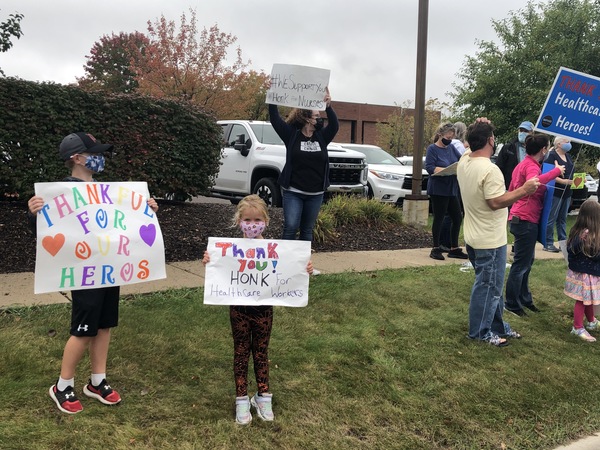 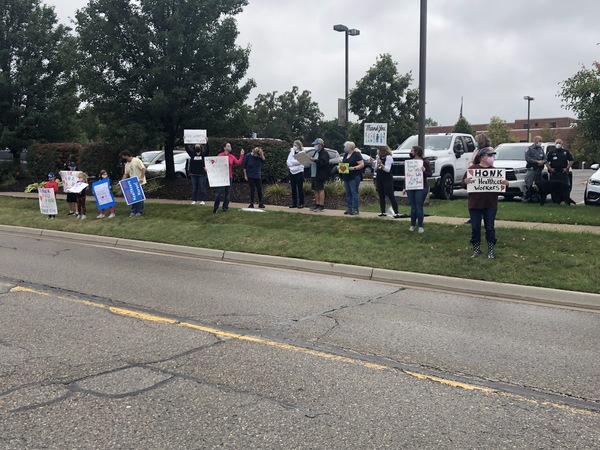 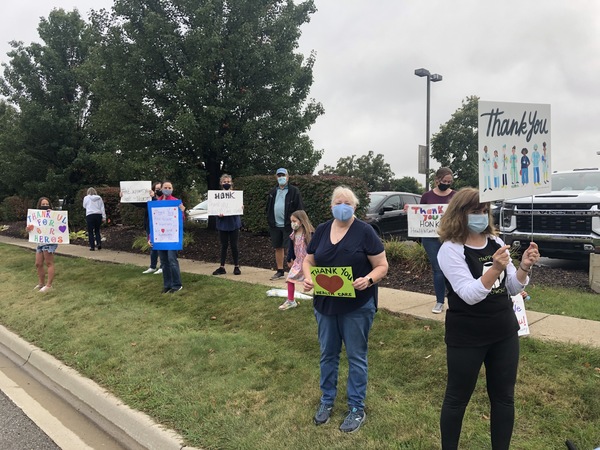 Monday was National Child Health Day and the team at the Michigan Parent Alliance of Safe Schools (MiPASS) held appreciation rallies for health care workers at hospitals across Michigan. Locally, about 15 residents brought signs and stood outside of St. Joseph Mercy Livingston in Howell, encouraging motorists to honk their horns in support of staff.

Katie Deck of Mask Up Livingston helped organize the rally and said they are there to show their appreciation and support for health care workers throughout the county. She said that though there have been hurtful comments said about them recently, they want to let them know there are people out there that do support them and appreciate everything they are doing.

Deck said MiPASS is also calling on the local and state health departments to require masks in schools, citing rising transmission rates in schools that don’t mandate them. Deck said that affects the community, which in turn affects the health care workers.

St. Joe’s Livingston President John O’Malley stood with the group and said that this means everything to their workers, staff, and physicians who have put their own lives on the line to serve patients, not just for COVID, but all health care issues.

Vice President of Operations for St. Joseph Livingston Karla Garb, called the show of support “overwhelming.” She said that though it would be nice for the workers to be able to come out, they can’t leave the bedside of their patients, but will be able to hear the horns. Zarb said she knows they will be so grateful and smiling big, under their masks.

Judy Daubenmier, Chairwoman of Livingston County Democrats was also at the rally. She said they want to acknowledge the trials and tribulations that the health care workers have been through while helping people survive this pandemic. She added her appreciation for their service, stating that nobody could be paid enough for the job they have been doing. Daubenmier said she hopes everybody gets vaccinated so that we can get the pandemic under control and get the health care system back to a normal functioning level.