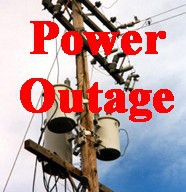 Officials say a power outage that affected thousands of Linden and Fenton Township residents was caused by a squirrel.

Approximately 2,885 Consumers Energy customers were without electricity Wednesday, with the outage reaching from Owen Road near Linden, north to Lahring Road in Fenton Township. Consumers Energy Spokesperson Debra Dodd tells WHMI that outage was caused by a squirrel that had gotten into the substation at Mill and Main Streets in Linden, creating damage that caused a fuse to blow.

Dodd reports repairs to the substation have since been made and power was restored around 1:20pm that afternoon. No information was available regarding the physical condition of the squirrel. (DK)