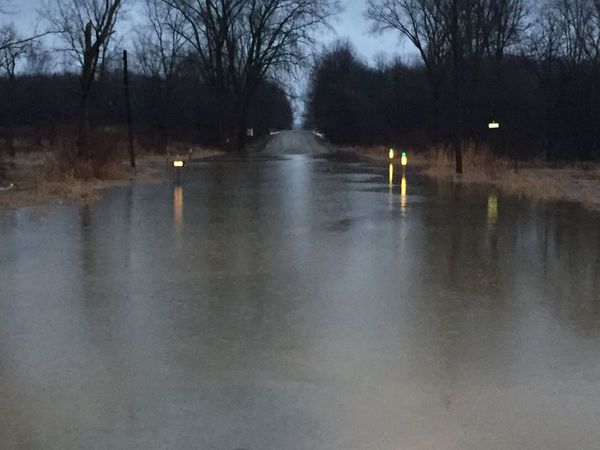 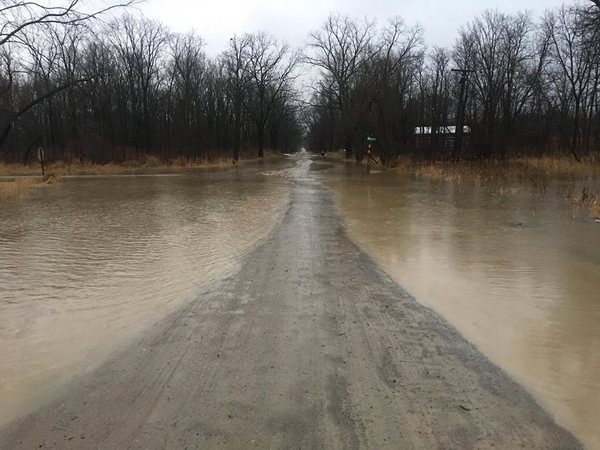 Recent heavy rains and melting snow have led to impassable roads, prompted flood warnings and even evacuations in parts of the state.

The Hartland Deerfield Fire Authority noted flooding at the intersection of Green Road and Center Road and on Cullen Road near Dwyer. Motorists are asked to use caution on back roads, as some areas are experiencing flooding and water across the road is always deeper than it looks. In addition, officials say the water softens and degrades the road surface, causing vehicles to get stuck in the muck and loose gravel underneath. They say don’t risk it, as it’s better to just turn around and find another route.

For Parshallville residents, water levels in the village at the Dam were being monitored closely by the Authority and the Livingston Road Commission. The area has been caution taped off for safety and residents are asked to keep their distance and not enter the area next to the cider mill as there are dangerous conditions at the spillway.

At approximately 11am, the Washtenaw County Road Commission closed Spencer Road between North Territorial Road and Five Mile Road due to flooding. Officials say the road will remain closed to the traveling public until further notice.

In Fenton, police advise that Dauner Road, west of Eddy Lake at the swamp, is closed due to flooding. Signs and barricades have been placed there by DPW crews and only local traffic is being permitted.