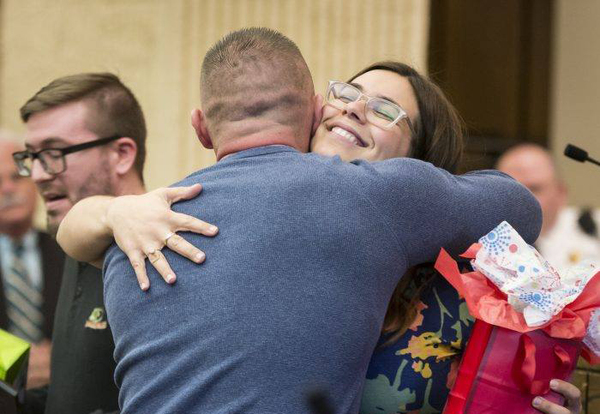 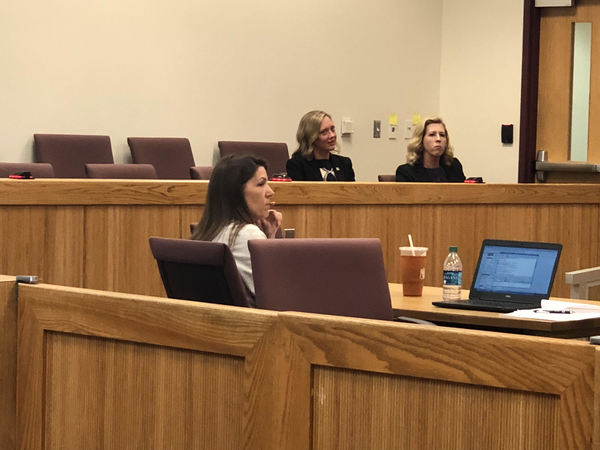 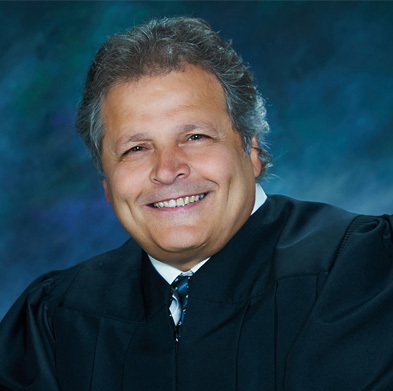 
People suffering from substance abuse issues that are entering the criminal justice system can enter a specialty court program that will help them get the treatment they need and stay out of jail. It’s one of three specialty courts in Livingston County that WHMI is looking at with a series of reports entitled, “Specialty Court, Specialty Justice”

Adult Drug Court is presided over by Judge Michael Hatty. The court is split into district and circuit court dockets, and is for participants who have committed non-violent criminal offenses while also being assessed with having a substance use disorder. The district court docket is made up primarily of those accused of alcohol-related crimes, with the circuit court docket including more serious drug offenders.

A multi-disciplinary team made up of representatives from the court, the prosecutor’s office, a defense attorney, the Sheriff’s Office, probation officers, and treatment providers who work with participants to get them the treatment they need while keeping them out of jail. Assistant Prosecutor Angela DelVero says, “The idea behind the multi-disciplinary team is supposed to be that everyone brings to the table their particular obligation to a criminal case, or vantage point of criminal cases, and then work together to achieve the result of long-term sobriety.”

In addition to appearing twice a month in court for a hearing, participants are expected to attend treatment and support groups as assigned, perform mandatory drug and alcohol testing, check in with probation, and perform other services as required. Judge Hatty, while presiding over the docket twice per month, is conversational with the participants. He engages them with lots of quick, friendly banter, while also making sure they are staying on track with their treatment and other numerous obligations. He ends each hearing by asking the participant to tell him something good about their life at the moment. The Court is the largest Specialty Court in Livingston County with double the amount of participants as in the Intensive Treatment Mental Health Court and six times as many as the Veterans Treatment Court. Last year, it served 90 participants and is by far the most expensive of the county’s three courts, with an annual budget of about half a million dollars a year, roughly two and a half times more than the other two courts combined. But for Judge Hatty, based on what he’s seen the cost-benefit of the program is incalculable. “It’s Infinity. You can’t really put a dollar amount on it because if you were to quantify the ability of a father to be able to love his kid again without having to worry about the monkey on his back of addiction. You can’t put a dollar figure on it for the kid. The kid’s got his parents back. If you want to quantify it in dollars and cents, you couldn’t. And that’s really how broad and how great this program is.”

John Furey is the clinical director for Livingston County Catholic Charities, which is the treatment provider for the court. He said in his time working with the court, he is extremely impressed with changes he sees in participants as they work through their treatment. Furey said, “And that’s one of the things you’ll see, is the change in a person from when they start to when they finish. When they graduate they get to talk, and they usually just say a few words, but almost everybody I’ve heard whose graduated has been very grateful. And they want to stay clean. And their prognosis to stay clean by completing the program is very good.”

Furey says, even in the circuit court, where participants face more difficulties and challenges with a drug felony on their record, the vast majority that stick with the program do very well. He said it really is a privilege “to be a part of a team that helps these guys and ladies get their lives back.”

Sometimes, however, appointments are missed or a drug test is failed and sanctions are required. One participant violated his probation by refusing to attend outpatient rehabilitation and although he pleaded with Judge Hatty not to lock him up, the judge had little else to say other than that he’d been given a second chance and made the decision not to take advantage of it, leaving him no recourse but to place him in jail. Despite that example, DelVero said that as a prosecutor with this specialty court, the idea is to come up with sanctions for violations that are less focused on punishment, and more on addressing the issue so that it doesn’t happen again. She recognized that the initial process is intense and can be very overwhelming with a lot of appointments and obligations. DelVero continued, however, by saying that if the participant can get into the habits and through that initial phase, and really accept the idea of long-term sobriety, that this is the best kind of program they can have.

You can hear Mike Kruzman's report by Clicking Here