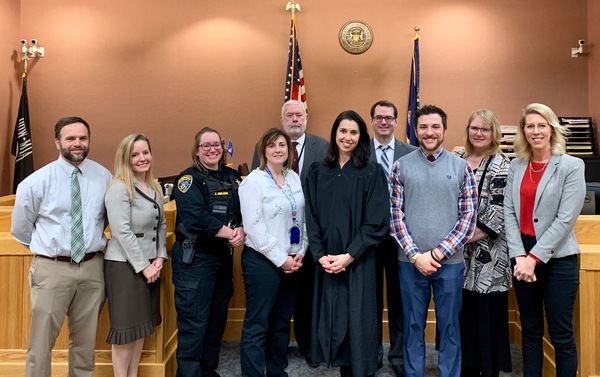 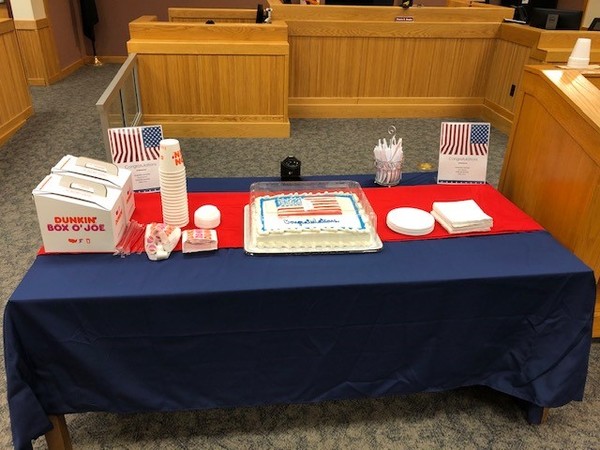 
Veterans suffering from substance abuse and/or mental health disorders have a unique support system available to them, should they find themselves in the criminal justice system. WHMI wraps up its look at these courts with the final installment of our “Specialty Court, Specialty Justice” series.

Veterans Treatment Court is one of 3 specialty dockets available to local residents who find themselves struggling with issues like substance abuse and/or mental illness. It also has the smallest budget, roughly $33,000 a year in grant funding. But that’s also because it has the smallest docket. When a veteran is arrested and brought to jail, they are visited by Brad Watkins who is the liaison between the Ann Arbor VA Health Care System and Livingston County courts. Watkins says these meetings are important because a lot of vets don’t know the services they are eligible for. Veterans struggling with substance abuse and/or mental illness like PTSD, anxiety, or depression may be invited to take part in the specialty court, which is run twice a month by District Court Judge Shauna Murphy. “I would say there’s not a typical participant. I think for the most part, many of our participants, who have served in the armed services very proudly, have served their country and are coming in from different places with different needs. Many of the participants have difficulty reintegrating after military service, which is very common, but there’s not a typical offense that’s committed. Generally they are very much unique.”

Veterans Court Assistant Prosecutor Mike Taylor said, “Veterans especially have a difficult time reaching out for help, or asking for mental health treatment. And so, routinely, and this isn’t limited to veterans, but veterans self-medicate mental health problems with drugs and alcohol. And so either because they are acting out due to their mental health or because they’re acting out because of based on substance abuse that they’re using to treat their mental health, they get justice involved, and that’s where we come see them. It’s not uncommon to see someone struggling with alcoholism because they have a traumatic brain injury or they have post-traumatic stress that they are not appropriately dealing with.”

Taylor says that unlike typical dockets where you have a more adversarial and competitive process between prosecution and defense, the two sides work together in the treatment model to treat the whole picture, as opposed to the incident that brought the veteran to court.

The program’s dedicated defense attorney Paige Favio reinforced this, saying that if they want to tackle recidivism and keep people out of the system, then they need to look at the veterans on an individual level and treat their needs individually.

Veterans volunteering for the program are then matched up with a volunteer mentor, who is a fellow vet. That mentor, who often becomes a friend, is there to support the vet-in-need as they begin the program that generally takes 1-2 years to complete.

Denny Robson is the Mentor Coordinator and says that it usually takes a few months for the veteran to buy in to the program, but once they do, the results are almost always positive. He said, “Most of the veterans we get in, for the first 3 months of the program, we question whether they’re going to survive, some of them, or be successful in the program. And then generally what happens is, and this is not always true, but generally what happens is, about 3 months to 6 months into the program, they kinda lose the chip on their shoulder and they realize this program is here to help me and is doing a lot of things for me, and they get involved with it.”

Len Kinszkowski is a mentor who is in full support of the Veterans Court program. He said he thinks it is great how everybody in the court will “stand on their heads” for the vets in the program. He said, “You see how many people are in the system and trying to help- it’s amazing. The mentors, the judge, the VA rep… Every time I come here, I’m amazed these people are here to help. We didn’t have that when we came home from Vietnam.”

The mentor accompanies the vet to Veterans Court, which Judge Murphy believes make a big difference. “Quite often the military perspectives of some of the team members are brought into play when there are issues with individuals. One thing that occurs in the Veterans Court is that sometimes there are issues of veterans not fulfilling their requirements and they’re still required to fulfill all of their probation requirements and so from time-to-time there’s a situation where a person will have to be sanctioned or violated on their probation and I think having the military perspective of many members of the team is useful in formulating an effective sanction.”

The specialty court docket is different from that of a regular docket, as Judge Murphy runs a more informal courtroom with the veterans. She engages the veterans, asking questions of how their past couple weeks have gone and how their treatment is coming. Veterans Court is more special as Judge Murphy gives the veterans a journal with a writing assignment along the lines of “What is the hardest truth you’ve learned?” If the veteran likes, they may share their thoughts to the judge and other veterans in the program. As the veteran reaches milestones, they graduate through four phases of the program, with the fourth phase getting them ready to go back into society. Robson says they’ve now added an unofficial fifth phase, “aftercare,” where they work to help them feel protected, secure, and even allow them to get together with other vets voluntarily.

Jozef Prah, one of the court’s original mentors who recently passed away, summed it up when he spoke with WHMI earlier this year, saying he would do anything to go out of his way and help a fellow veteran, and that it’s just an honor to serve them.

You can hear Mike Kruzman's report by Clicking Here or Here.