Special Use Permit Granted For Addition To The Willows 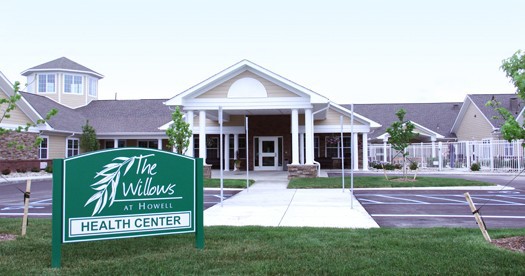 Plans are moving forward for an addition to an assisted living facility in Howell Township.

Preliminary site plan approval was recently given for a 35-bed memory care facility that would be added to The Willows, located at the corner of M-59 and Byron Road. Trilogy Health Services plans to construct the facility in the northwest corner of the parcel, which would face Byron Road. However the project requires a Special Use Permit because the property is zoned Multi-Family Residential.

Trilogy’s permit request was reviewed by Howell Township’s Board of Trustees Monday. Trustee Dar Howard raised concerns with a Trilogy representative about the corner becoming over-crowded, saying that it “…looks like they’re jamming a lot of stuff into a small area.” Howard says The Willows was approved initially because it’s a nice-looking facility with a pleasant curb appeal, but wondered if further development would be too much.

Howard also inquired about potential development of the parcel’s southwest corner, where the two roads meet. Trilogy’s representative said it’s a small area to develop and that there aren’t any plans to do so currently in place, but couldn’t make any guarantees on future plans.

The Board ultimately approved Trilogy’s request for a Special Use Permit, with Howard as the only oppositional vote. Site plans for the facility must next receive final township approval to move the project toward construction. (DK)