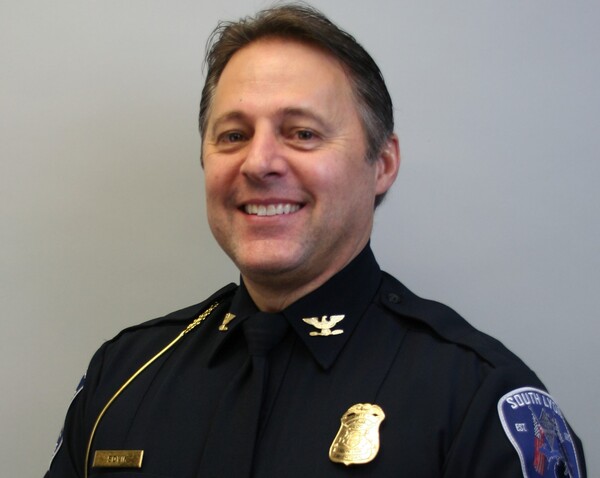 
After more than three decades of serving the community, tomorrow will mark the final day for South Lyon’s retiring police chief.

Chief Chris Sovik said he’s taking many great memories and learning experiences with him and feels he’s left a positive influence and legacy in South Lyon.

Sovik spent 31 years with the department, where he was hired directly from the Oakland Police Academy in 1991. He was named chief in February of 2019.

Sovik said he’s thankful to be part of the South Lyon Police Department family for many years, as well as for the excellent working relationships he’s developed with surrounding agencies in Oakland and Livingston Counties.

Sovik told WHMI he’s thankful for the opportunity the late Chief Gerald Smith gave to him when he was hired in 1991 – further noting the influence Lt. Steve Sharpe and Officer Don Fletcher had on him as a young officer and shaping him “into the officer he is today”. He also thanked the City and Council for their support of the department during his leadership years – adding it’s been a win-win for the City and his family.

Sovik said he’s been a dedicated police officer and treated people with respect as he rose through the ranks while learning a craft and leadership principles - all while being afforded a life outside of work.

As for accomplishments, Sovik said he’s proud the department completed accreditation during his tenure.

Sovik stressed that he’s not a person that enjoys the congrats and limelight but a man who takes great pride in serving others and doing what it takes to get things done. He referenced the quote “If serving is below you, leadership is beyond you” and said he’s “never forgotten where I come from and where I started”.

Longtime Lieutenant Douglas Baaki is officially taking over as top cop on Thursday. He’s also spent his entire career with the department, working alongside Sovik.