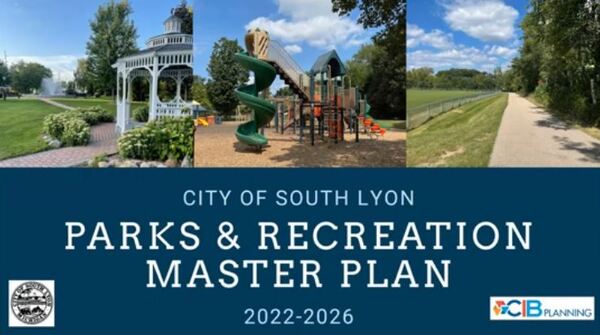 A local community has adopted an updated Parks and Recreation Master Plan.

Planners for the City of South Lyon called it an aggressive timeline, finishing the document that will guide decisions regarding recreational opportunities for the next 5 years in just 3 months. Following a presentation by Community Image Builders Planner Hannah Smith, a public hearing was held at City Council’s final meeting of 2021.

Though no one spoke at the hearing, Smith said they had a successful survey campaign, gathering resident input. She said they received 160 responses, with residents sharing a desire for more playgrounds, trails, a splash pad, and pickleball courts.

Having a Parks and Recreation Master Plan is important for communities which may seek grants from the Michigan Department of Natural Resources. The deadline for having a current plan in order to be eligible for the 2022 grant season is February 1st.

City Council was left with a decision to make at the meeting, after Councilman Glenn Kivell noticed that about 2 miles of existing pathways hadn’t been clearly identified in the plan. Council could have asked the amendment be made and brought back for reconsideration in January, but there was worry from staff that this might be cutting it close for the February deadline. After discussions with their legal counsel, they determined it safe enough to approve under the conditions that it be amended as needed to reflect all the pathways.