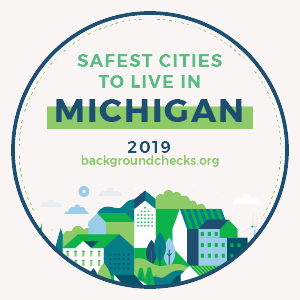 A handful of area municipalities have been deemed some of the safest in the state.

Backgroundchecks.org reports that 26 Michigan cities scored above a 0.3 on their Safety Index, which measures the safety of a given community based on crime rates and the size of its police force.

Backroundchecks.org uses the most recent FBI crime statistics to create state rankings. There were initially 7,430 cities in the data set. After filtering out the cities with populations of less than 10,000, 2,929 cities remained. Violent crime rates and property crime rates were then calculated by dividing the crime numbers by the population to get rates per 1,000. The ratio of law enforcement workers per 1,000 residents was also included in the calculations.

They were then weighted with -50% for the violent crime rate, -25% for the property crime rate, and +25% for the law enforcement rate. The resulting metric made up the safety index score. The higher the number is, the safer the city is. The report can be viewed at the link below.