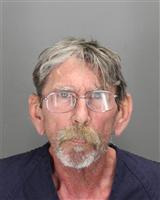 A convicted sex offender from South Lyon arrested for possessing child pornography has entered a plea in the case.

71-year-old Hal Jeffrey Wiessbock pleaded guilty last week in Oakland County Circuit Court to three counts of possession of child sexually abusive material and three counts of using a computer to commit a crime. He was arrested October 22nd at his home after the Michigan Internet Crimes Against Children Task Force received a tip about his cyber activity earlier this year from the Center for Missing and Exploited Children. Michigan State Police began an investigation in June and received a warrant to search his home, where Wiessbock’s cell phone was confiscated and said to be stocked with sexually abusive child pornographic images.

Wiessbock remains lodged in the Oakland County Jail on a $250,000 bond pending his sentencing January 10th. The Michigan Public Sex Offender Registry shows that he is a Tier 2 level offender who was convicted in 2000 of indecent solicitation of a child in Illinois. (JK)