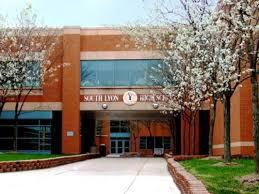 The Lyon Township Board of Trustees has made official a deal to help fund an Oakland County Sheriff’s Deputy to serve as a School Resource Officer (SRO) at South Lyon High School.

The 7-0 vote will pay 50% of the cost for the deputy for the remainder of the school year. The South Lyon Schools Board of Education will pay the rest. Officials say they plan to revisit the topic at a later date to figure out a plan for next year. The high school has been without an SRO for over a decade after the City of South Lyon cut funding for the position due to an economic decline.

Several people attending Monday’s township board meeting expressed appreciation for the funding deal, including South Lyon Mayor Dan Pelchat, who works in the South Lyon School District as an information technology technician. Pelchat said that increased cooperation between the city and township remained one of his priorities. (JK)