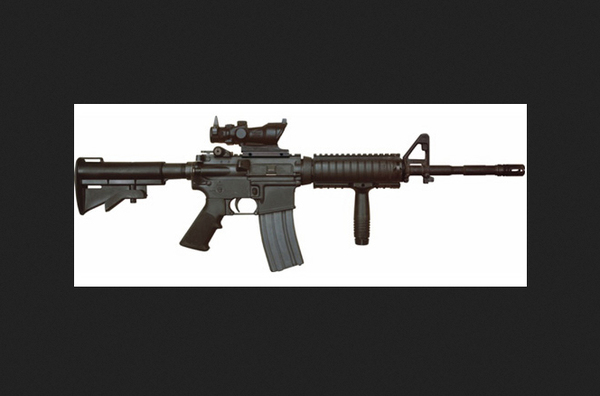 A group supporting a local high school football team had to cancel a raffle that included the same type of semi-automatic rifle allegedly used in a mass shooting at a Florida school.

The South Lyon Football Boosters made the decision in light of what they called "the sensitivity of the issue coupled with the untimely tragedy." 19-year-old Nikolas Cruz is accused of using an AR-15 assault weapon Wednesday to kill 17 people at his former high school in Parkland, Florida. He was subsequently charged with 17 counts of first-degree murder. The organization's second annual Wild Game Dinner was scheduled for March 1.

Head coach Jeff Henson tells The Detroit News canceling was his decision, adding "it was never our intention to offend people." Many in the community have questioned the wisdom of raffling off any gun for a school group, while others have said such raffles had happened in the past without controversy and that the winner would have received a certificate that could be redeemed for the actual rifle, not the rifle itself.

Here is the full statement by the booster organization;

"Due to the recent tragic events earlier this week, the South Lyon Football Booster Organization has decided to cancel their second annual Wild Game Dinner. The sensitivity of the issue coupled with the untimely tragedy has led to the decision.

South Lyon, as well as many communities throughout Michigan has an abundance of hunters and sportsmen. Our great state offers the opportunity to take advantage of hunting, target shooting and enjoying the great outdoors. Wild Game dinners are common throughout the state with Booster Clubs, Rotary Clubs, Churches, Chamber of Commerce, and Kiwanis Clubs holding events annually.

At no point did the Booster club intend to offend those sensitive to the topic of firearms. The event was meant to generate funding for the football program by taking advantage of the vast amount of sportsmen in the area. The event was not associated in any way with the School District of South Lyon or the High School.

An off-site venue, professional catering, and a licensed firearm business were hired for the event. All rules and regulations put forth by federal and state laws were abided.

No minors or students were to be in attendance. In addition, firearms would not be distributed at the event. A winning raffle ticket would be issued to the winner which would be presented a the licensed business. The appropriate paperwork and background checks would be performed in accordance to state and federal laws.

The event takes months of preparation, gathering of raffle prizes, vendors, volunteers and participants. Even though the timing coincided with the tragedy, it was not our intent to be insensitive or offend.

As parents ourselves, our organization works for the betterment of children and our hearts go out to the families of Parkland, Florida.