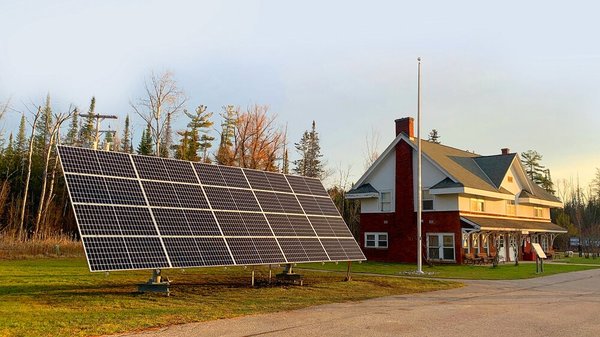 
A local energy company has signed a deal with Michigan’s Department of Natural Resources to sell energy for seven state parks and offices in southwestern Michigan.

The DNR says the deal with South Lyon-based Utopian Power will supply nearly 1 megawatt of clean energy to the parks and offices. It’s also an effort to reduce greenhouse gas emissions.

The annual production of installed solar arrays in the southwest region will be enough to power roughly 90 homes or equivalent to reducing about 160 passenger vehicles’ greenhouse gas emissions, the agency added.

Among the facilities included in the deal are the DNR Customer Service Center in Plainwell and the headquarters building at the Fort Custer Recreation Area in Kalamazoo County.

The Utopian project will be developed, financed and constructed by Michigan companies with a total investment of $2.5 million into the Michigan economy over the next six months. Utopian is partnering with several companies, including an energy-specific financier based out of metro Detroit and The Green Panel based in Brighton and Grand Rapids.

The DNR said it also anticipates saving $1.4 million through a discounted utility rate, as the 25-year agreement allows the department to save on utility costs over several locations without the capital investment or ongoing maintenance for the solar arrays.

The Associated Press also contributed to this report.