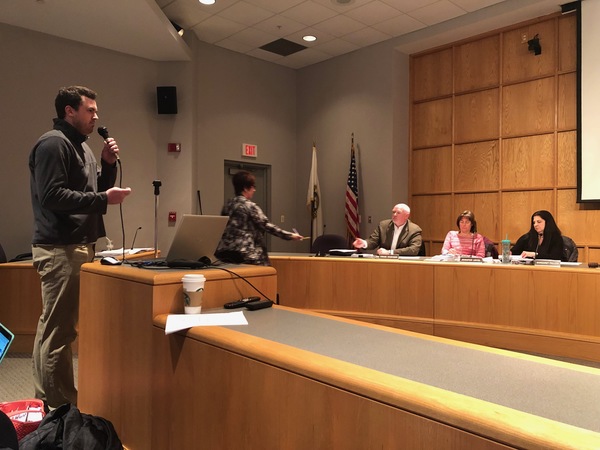 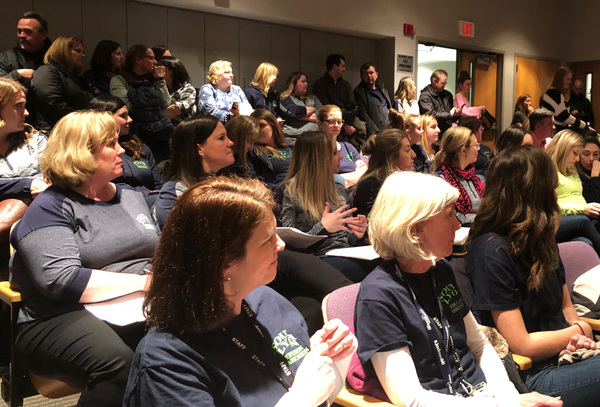 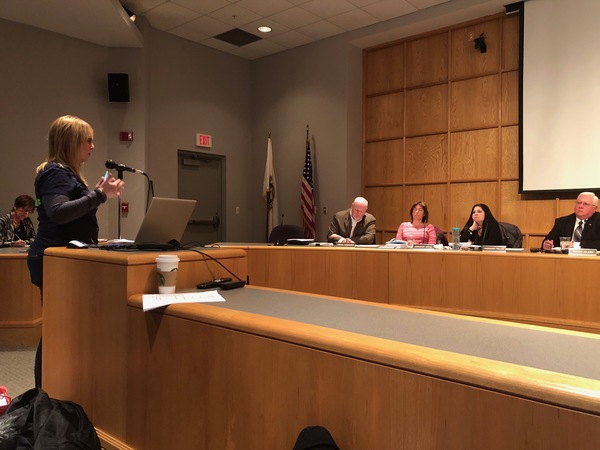 Members of the South Lyon Community Schools Board of Education have sent a proposed budget amendment back to the finance committee in an effort to save jobs.

The board room was packed with roughly 80 teachers, students, and parents for Tuesday night’s regular meeting. Chief among attendees’ concerns were proposed deductions in the district’s budget by the SLCS’s finance committee. Members of the community late last year came to believe there was a $700,000 accounting error in the school district’s budget that was going to cause staff cuts. SLCS Board Member Anthony Abbate stated that while transactions were mistakenly not reflected properly, no money is missing or lost.

However, the projected fund balance percentage is still lower than the board’s policy allows, and so cuts were proposed to bring them into compliance. SLCS’s current projected fund balance percentage is just over 7%, well below the state average of 13%. Tuesday’s proposed amendments would have brought it to 8.2%, which is on the low-end of what the Board’s temporary policy allows. Board President Randy Clark said that many refer to the fund balance as a “rainy day fund,” to which it’s not. Required by the state for several reasons, Clark said aside from helping with general ups-and-downs of the economy and guaranteeing payroll, that it can act as an emergency contingency in the case of major equipment or roof failure, or in the instance a natural disaster strikes. It also affects bond rating.

Among those suggested cuts were two restorative practice facilitators and two hall monitors. During public comment, testimony was given by parent, school employees, and members of the South Lyon Education Association on the importance of these jobs and the roles they play in keeping students safe.

Andrea O’Keefe is one of the facilitators and said she is losing her job this Friday. She said she works in three elementary schools and is constantly invited into classrooms to help. She said the teachers have made her feel like she is part of something special, and that the elimination of this job is a disservice to the kids.

Casey Copp is a former student in South Lyon, and said his dad is one of the hall monitors being laid off. Copp wanted the board to understand the impact this was having on his family, especially with the notice of his dad’s lay off arriving in the mail on Christmas Eve. Copp asked them to explain why his family has to struggle because of the errors of the school district. A hall monitor who was safe from losing her job spoke, lamenting the loss of her friend (Copp). She also shared how important extra eyes and bodies are in the halls right now with vaping getting out of control in the high schools.

These concerns did not fall on deaf ears. During the budget review period, Vice President Margaret Fallow said she is not for cutting people, and that they’ve worked hard on safety issues in the past year and this could compromise their efforts. Board Trustee Eric Kennedy said it is clear that those jobs are needed in the building and that he can’t support a budget with those cuts. Trustee Jennifer Urtel recognized the vaping issue, and said she didn’t think they could get rid of the hall monitors. Board Treasurer Craig Dashner said that most of the district’s expenditures are people and that while it’s hard to find cuts that don’t affect that, it’s a puzzle they have to figure out. The Board agreed to send it back to the finance committee to try and find another solution.

Clark was asked how this desire to save jobs would affect those already scheduled to be laid off this week. He told WHMI, “I don’t have a good answer for you right now on that… The board sets policy and approves budgets. It’s actually the administration that institutes and follows those policies and budgets. I think some administrative actions had been taken in anticipation of some events taking place on the budget side. We’re going to have to evaluate that and see what happens.”

Clark was then asked, if the cuts aren’t coming from personnel, then where would they come from? He said, “I think the emphasis tonight was, ‘Let’s try not to affect the people who are doing the everyday jobs that are so important in our individual buildings.’ Maybe we can defer some technology or make some administrative cuts. That’s what we’re going to have to look at. There’s always ways if you go in and dig down…maybe in the way we handle fleet repair in our buses. We’re going to have to look at all these different options to see if we can find the revenue to keep some of our direct student-contact people employed.” Clark said revenue-wise, South Lyon Community Schools are the lowest funded in the state.

Superintendent Melissa Baker said that while homes are springing up all over the district, a disproportionate few have been built by families with school-aged children. She said if they had Novi’s level of funding, SLCS would have an additional $3-million each year.

Board Member Abbate said they can’t promise a perfect result, but they do promise to work on it. Clark said he expects new amendments will come before them 1 or 2 more times before they are satisfied enough to vote.

The Board of Education meets next on February 4th. (MK)