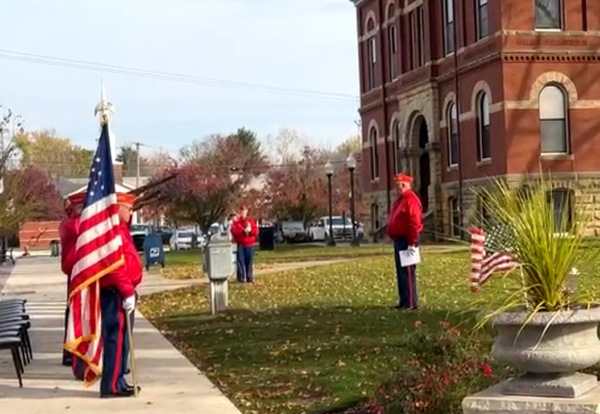 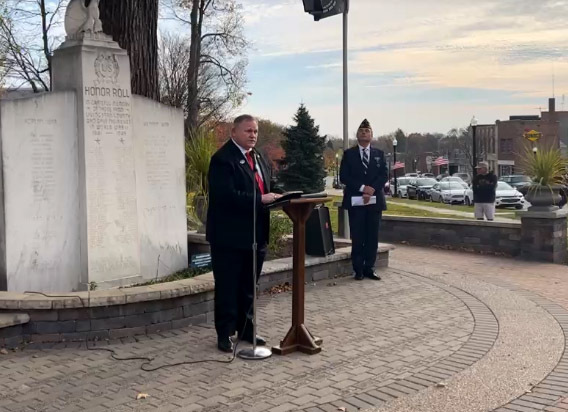 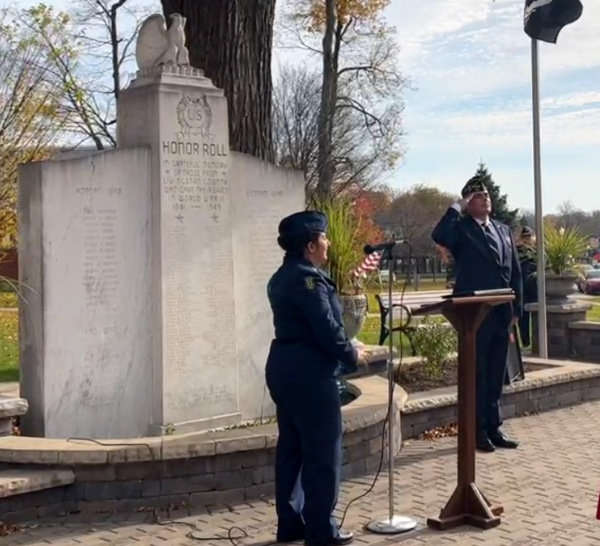 
A 21-gun salute by the David Murnighan Detachment 161 Livingston County Marine Corp League Honor Guard (top photo) and the traditional playing of taps kicked off the annual Veterans Day observance on the lawn of the Historic Courthouse.

American Legion Chaplain Mike Schlaak gave the invocation and spoke about the sacrifice they had gathered to honor.

"American military veterans are a unique group of individuals who are willing to sacrifice their own personal comforts to ensure that their country and the rest of the world would have the opportunity to experience the freedoms that we all hold dear," said Shlaak. "They are men and women who have always represented the best our nation has to offer."

Also speaking was State Senator Lana Theis and State Rep. Bob Bezotte (middle photo), himself a Vietnam veteran, who said from battlefields in Europe to those in Asia and Afghanistan, veterans never failed to answer the call.

"Each time, veterans pout their lives on the line for their country and their ideals. many service members continue to do it at bases and countries throughout the world today, said Bezotte. "As a Vietnam veteran, I know that even in times of peace, this is a 24/7, 365 duty for the brave men and women of our armed forces and our appreciation should match."