Snowmobiler Dies After Falling Through Ice On Lake 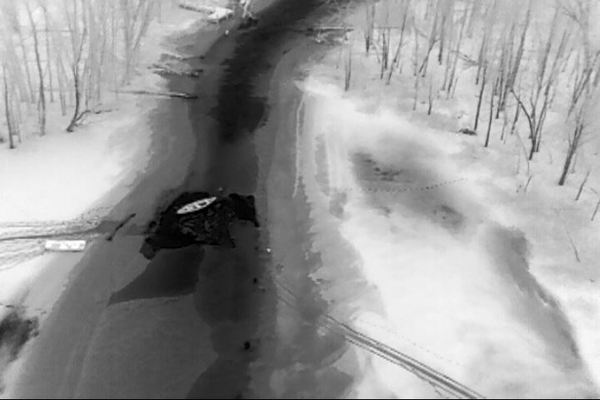 A man who was snowmobiling and went through the ice on a local lake late Friday afternoon has died.

Green Oak Township Fire Chief Kevin Gentry tells WHMI they received a call around 5:07pm about a man that possibly went through the ice. It was later learned that two adult males were snowmobiling when they became separated and one man went through the ice. The other snowmobiler was able to pull the man out of the ice and was attempting to render first aid. Police and fire crews arrived and worked to pull the man to shore. He was transported to the University of Michigan Medical Center in Ann Arbor in what was described as critical condition, where he passed away. The victim has only been identified as a 67-year-old male.

Gentry noted the victim went through the ice in the canal area between Sandy Bottom Lake and Dollar Lake. He says the ice is pretty thin in some areas of the canal because it’s flowing water. The incident remains under investigation by Green Oak Township Police. (JM)