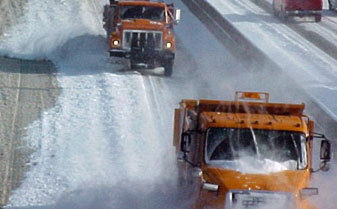 Things are slowly getting back to normal today after yesterday’s snowstorm, which dumped up to eight inches if snow on Livingston County and the surrounding area.

Rich Pollman of the National Weather Service at White Lake tells WHMI that the amount of snow that fell varies greatly, depending on the location. he says amounts ranged from about 2 inches in the Fenton area to 5-6 inches in Howell and eight inches from Brighton down to Pinckney at the southern end of the county.

The snow began falling shortly after 10 a.m. and picked up steadily throughout the day, finally tapering off last evening. The storm resulted in numerous spinouts, fender-benders and cars going into the ditch, as well as downed tree limbs, some of which blocked roadways.

Most schools in the area cancelled classes for the day today, including all K-through-12 public school districts in the county and many private, charter, and parochial schools. Livingston County did escape one normal result of a snowstorm that one would expect, however, as no major power outages were reported in the county. (TT)