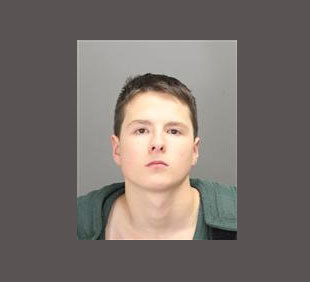 A South Lyon teen has been charged after allegedly bringing a knife to school for protection.

The Oakland County Sheriff’s Office reports the incident happened around noon on Monday when a deputy assigned as the School Resource Officer at South Lyon High School was notified that a 11th grade student may have a weapon inside of the building. The assistant principal had received information from a youth assistance caseworker that 17-year-old Ethan James Smith had brought a knife to school. A report states that Smith admitted to both administrators that he had brought the knife to school to protect himself from another student. Smith reportedly stated he had been threatened by another student last Friday and then hid the knife inside one of the classrooms for his protection.

The School Resource Officer was able to locate and recover the knife from the classroom and Smith was subsequently arrested and lodged in the Oakland County Jail. He has since been charged with misdemeanor possession of a weapon in a Weapon Free School Zone. He was arraigned this afternoon in 52-1 District Court in Novi and given a $25,000 personal bond. Bond conditions include that he not return to the school until after his next court date on February 20th and Smith has 24 hours after being released to get a tether. He was further ordered to not have contact with an unnamed student and is not to use alcohol or drugs. (JM)