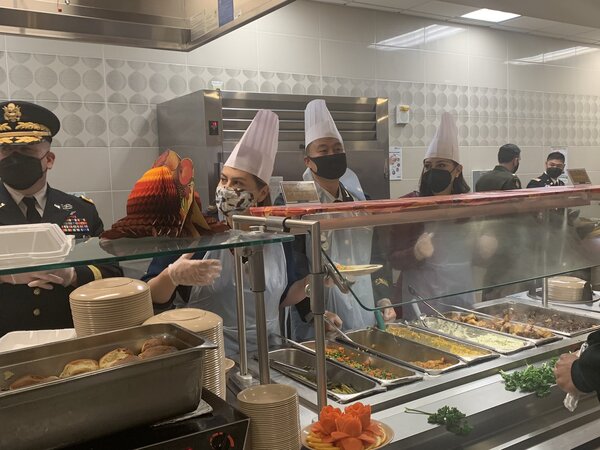 The 8th District Democrat is in the Far East as part of a Congressional delegation that is also stopping in Japan and Taiwan. In a series of Tweets, Slotkin said the trip was a good opportunity “to connect with leaders here to discuss a whole host of economic and national security issues,” adding that “The auto industry’s largest supplier of microchips is here in Taiwan, so supply chain issues will most definitely be on the agenda.”

Slotkin also says that when news of the trip to Taiwan broke on Wednesday, her office received what she called “a blunt message from the Chinese Embassy”, telling her to call it off. However, she said that “as with other stops, we’re here to learn about the region and reaffirm the U.S. commitment to our hosts, the Taiwanese. I’m looking forward to an informative trip.”

According to the Reuters News Service, Slotkin was one of five members of the U.S. House of Representatives who arrived in Taiwan on Thursday for a short trip expected to focus on security matters. The delegation also includes Reps. Mark Takano (D-Calif.), chairman of the House Committee on Veterans' Affairs, Colin Allred (D-Texas), Sara Jacobs (D-Calif.) and Nancy Mace (R-S.C.). It marks the second time in a month U.S. lawmakers have visited.

The trip comes as China has stepped up military and political pressure to assert its sovereignty claims over the island, spurring anger in Taipei where the government has vowed to defend Taiwan's freedom and democracy.