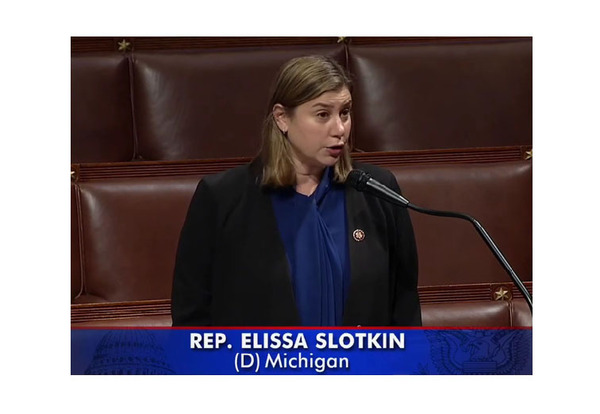 Congresswoman Elissa Slotkin announced today that she will introduce a bill to require safe and proper storage of firearms in the wake of the shooting at Oxford High School, which left four teenage students dead.

The 8th District Democrat says the Safe Guns, Safe Kids Act is intended to help prevent children and others from illegally accessing weapons in a household.

“I’m introducing this bill because of the destructive role the parents of the killer had on the lives of four teenagers at Oxford High School, and thousands more in the community,” said Slotkin. “At church services, vigils and funerals, and visits with parents, teachers, and law enforcement, everyone’s priority is to keep our kids safe – and it’s clear there’s a gap in law that makes it hard to hold parents accountable for aiding their child in committing a crime with a gun.”

“I come from a gun-owning family, and I carried two firearms on my three tours in Iraq with the CIA. There are millions of responsible gun owners in Michigan, including my own dad. This bill will require gun owners to store or lock their firearms when children are present, and will hold them accountable when they fail to do so. This legislation is a serious, common-sense effort to address a safety issue that is taking American lives all around the country. Ensuring that firearms are properly stored, and not left to fall into the hands of those who could use them for violence, is essential. The goal is to prevent another American town from experiencing the devastation we’ve felt in Oxford over the last two weeks.”

• Require gun owners to safely secure their firearm when a child could reasonably access the firearm.
• Impose a penalty of up to 5 years of prison time if a child does indeed access the gun, which they reasonably had access to, and uses the gun to injure themselves or others or uses the firearm in the commission of a crime.

Michigan Attorney General Dana Nessel released a statement Wednesday afternoon in support of Slotkin’s Safe Guns, Safe Kids Act. “This bill is an example of commonsense reform that reinforces responsible gun ownership and firearm safety," said Nessel. "I fully support holding accountable anyone who fails to properly store a firearm that is then used by a child to hurt themselves or others. Recognizing that our kids should not have easy access to guns does not infringe on anyone’s right to bear arms – it properly acknowledges the responsibility that comes with that right.”

According to a press release from her office, Slotkin said 4.6 million minors in the U.S. live in homes with at least one loaded, unlocked firearm, with studies showing that between 70 and 90% of guns used in youth suicides, unintentional shootings among children, and school shootings perpetrated by shooters under the age of 18 are acquired from the home or the homes of relatives or friends. The release also says the data indicates there were at least 2,070 unintentional shootings by children between 2015 and 2020 – an average of nearly one shooting per day.

While the gun used in the Oxford High School shooting was purchased legally by the shooter’s father, court documents allege it was not properly stored. That factor was one of several that Oakland County Prosecutor Karen McDonald cited in deciding to file criminal charges against both parents.