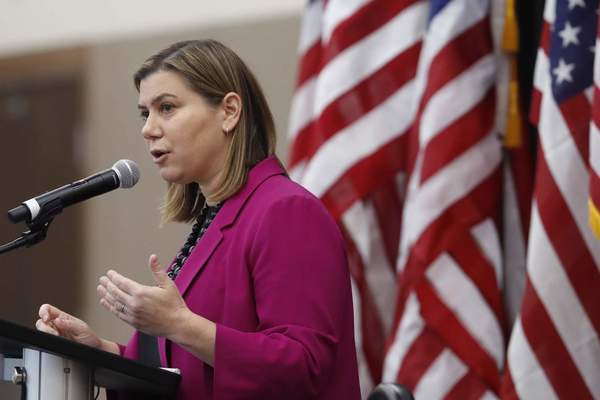 The 8th District Democrat is listed among incumbent Democrats with a significant fundraising edge over potential Republican challengers in an April 24th posting at OpenSecrets.org, which is the website for the Center for Responsive Politics, a nonprofit, nonpartisan research group that tracks the effects of money and lobbying on elections and public policy. In the posting, the group notes that Slotkin is among freshman candidates rejecting corporate PACs, yet accepting money from campaign committees and leadership PACs, “which are often funded by corporate PACs.” Records with the Federal Election Commission (FEC) show Slotkin’s re-election campaign had more than $3.7 million in cash on hand as of March 31st. That is more than nine times the amount of money on hand for former TV news anchor Paul Junge, who is tops in fundraising among the five Republicans in the race to unseat Slotkin. His campaign is mostly self-financed with about $408,000 on hand.

Junge picked up on the OpenSecrets posting, placing it on his Facebook page and calling Slotkin’s pledge not to accept business PAC donations as “phony” and “another broken promise.” When asked if he planned to take a similar pledge, Junge responded by saying that “Individuals voluntarily contributing to candidates who support a political campaign, including through their association or business political committee, is part of our democracy” and that while the Congresswoman is “pretending” to not accept corporate PAC money, it is being “funneled” into her campaign anyway. “This is typical as Elissa Slotkin pretends to be a moderate, but led Nancy Pelosi's charge for impeachment and removal and votes 90% of the time with the most radical liberal Democrats."

Gordon Trowbridge, the Senior Adviser for Communications for Elissa Slotkin for Congress, called that argument “pretzel logic designed to distract from the fact that she is the only candidate in this race to make that pledge.” Trowbridge added that Slotkin has been repeatedly asked when she would “abandon the no-corporate-PACs pledge and take advantage of all the money such donations could bring” but says she has “maintained her pledge” and that if other 8th District candidates are concerned about the influence of corporate money in politics, Slotkin “believes they should follow her pledge and refuse to accept corporate PAC donations as well." OpenSecrets indicates that just under 10% of Slotkin’s fundraising for 2020 has come from PACs, while nearly 70% has come from individual contributions of between $200 and the limit of $5,000.

Despite that, Patrick Burgwinkle, a spokesperson for End Citizens United, the Democratic group that spearheaded the "No Corporate PAC" pledge, insists Slotkin has “kept her word and hasn't taken a dime from corporate PACs” calling her “part of a new movement of reformers who were sent to Washington to stand up to corporate special interests” and that her “small dollar supporters power her campaign and ensure she is accountable to Michigan, not corporate special interests."