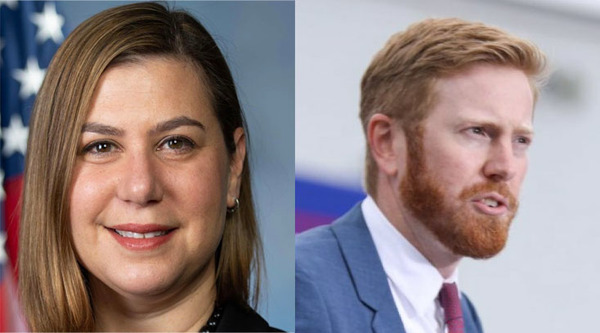 
8th District Democrat Elissa Slotkin has joined with a Republican member of Michigan’s Congressional delegation to introduce a bill that would assist veterans exposed to open-air toxic burn pits while serving in the Armed Forces.

Slotkin, a member of the House Veterans’ Affairs Committee, and Grand Rapids Republican Peter Meijer, introduced the Veterans Burn Pits Exposure Recognition Act on Thursday. The bill seeks to eliminate what they called “the unreasonable burden” placed on veterans to prove they were exposed to burn pits, which are areas near military installations in which waste materials are openly burned. They have become a common sight at U.S. military bases in Iraq and Afghanistan.

Both Slotkin and Meijer served in Iraq. Slotkin said she lived near a burn pit during her three tours in Iraq as an analyst with the Central Intelligence Agency while Meijer was deployed there in 2010 as an intelligence officer with the U.S. Army Reserves. She said many veterans require specialized care due to toxic exposure from the pits, “and too many of them are having to fight the VA at the same moment they are fighting for their lives,” adding that the bill, “is an important first step in cutting through red tape and getting veterans care for the conditions caused by toxic exposure.”

Meijer called it “an urgent moral obligation” to take care of veterans struggling with serious health conditions resulting from their exposure to burn pits during their service.

The bill would aid veterans who did not have formal documentation of exposure by formally recognizing that serving near burn pits automatically exposed them to airborne hazards, toxins and particulate matters. It would also require the VA to conduct a full medical examination on veterans to determine a potential connection between an ailment and past toxic exposure.

The bill, which is supported by veterans groups such as the American Legion, Veterans of Foreign Wars and Disabled American Veteran, joins companion legislation in the U.S. Senate, introduced in February by Democratic Senator Joe Manchin of West Virginia and Republican Dan Sullivan of Alaska.