Slotkin Invites Activist & Nassar Survivor To State Of The Union 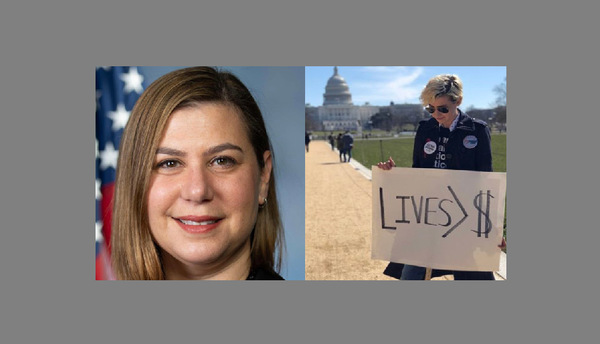 Congresswoman Elissa Slotkin announced Monday that Amanda Thomashow, a sexual assault survivor advocate who brought the first Title IX case against Larry Nassar at MSU, will be her guest at tonight’s State of the Union.

Thomashow, a former Michigan State University student, filed her case in 2014 which led to an investigation and contributed to Nassar’s eventual firing from the university. Slotkin represents Michigan’s 8th district, which includes Michigan State University. Thomashow works as an advocate for victims’ rights at the Michigan Public Health Institute as well as with the Michigan Domestic and Sexual Violence Prevention and Treatment Board.

In a release announcing the decision, Slotkin said that Thomashow’s experience as a sexual assault survivor has led to a career in service, both as an advocate for victims of campus sexual assault and as an outspoken leader in the movement to change MSU’s culture and leadership climate. Last week, Slotkin sent a letter questioning Secretary of Education Betsy DeVos’s proposed rule changes to Title IX, which Slotkin contends would likely have shielded MSU from responsibility to protect the survivors of Larry Nassar’s abuse. Slotkin said she, “could not be more proud to be joined at the State of the Union by a woman who has exhibited such leadership and effected real change on an issue directly impacting the 8th district community,” adding that she’s “looking forward to having her here to discuss both the ways Congress can serve as a check and balance on the Administration’s proposed Title IX roll-backs, as well as the proactive action we can take to keep students safe on campus.”

Thomashow said that she too was proud to join Representative Slotkin at the State of the Union, “not only to continue the conversation around institutions’ responsibility for preventing and addressing sexual assault head-on, but also to discuss how Congress can push back on attempts to roll back students’ and survivors’ rights and strengthen Title IX protections.” (JK)