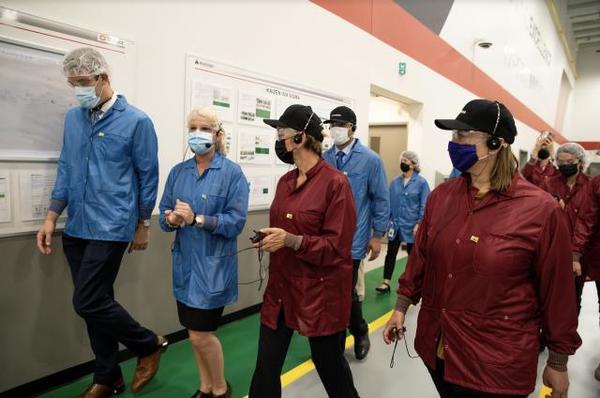 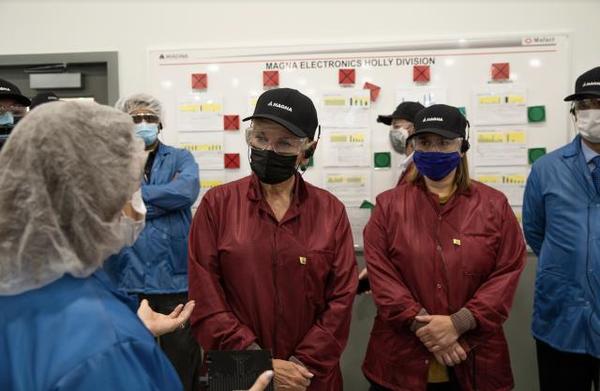 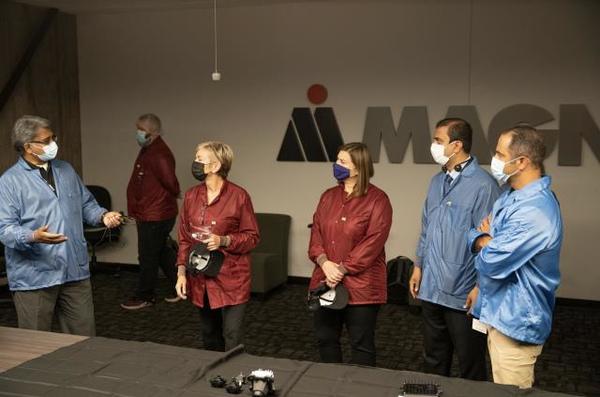 
Michigan's former governor, and current member of President Joe Biden’s cabinet, was in Holly to discuss the future of electric vehicle infrastructure with Livingston County’s representative in Congress.

8th District Congresswoman Elissa Slotkin, Thursday, hosted U.S. Energy Secretary Jennifer Granholm for a tour of Magna Electronics and a discussion on the need to invest in the country’s electric vehicle charging grid.

The facility manufactures lidar sensors, which detect when an object is near a vehicle. The sensors are used for lane-changing assistance and collision avoidance technology and are seen as a major component in the future of autonomous vehicles.

The visit was timed to coincide with the Biden Administration's announcement Thursday of a new agreement with car manufacturers, setting a goal for 50% of all new vehicles sold to be a battery-electric, fuel cell, or plug-in hybrid by 2030. The move would cut carbon emissions, lower fuel costs, and create new jobs in the electric vehicle manufacturing industry.

Slotkin and Granholm spoke to a bipartisan infrastructure package currently in the U.S. Senate that would allocate $7.5-billion for new charging stations across the county. The Biden administration is aiming to build 500,000 new stations along with investing another $6-billion in electric battery development and manufacturing.

Slotkin also took time to highlight national security implications with the transition to electric vehicles, noting the infrastructure package will help America maintain a competitive edge over rivals, like China. She said that Michigan stands to benefit profoundly as the U.S. converts to a 50% electric fleet and that she wants them designed and made here.