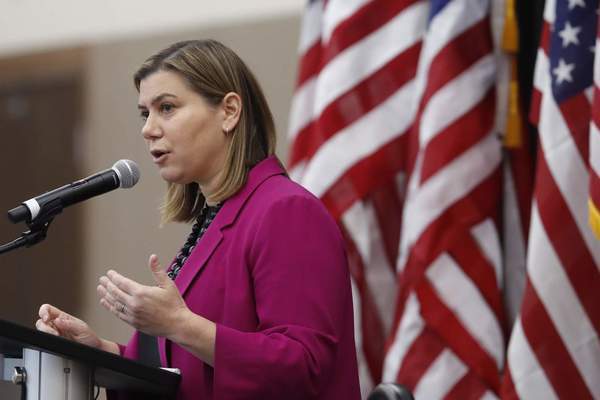 
Livingston County’s representative in U.S. Congress will be heading up efforts at fighting domestic terrorism.

8th District Congresswoman Elissa Slotkin has been named Chairwoman of the Intelligence & Counterterrorism Subcommittee within the House Committee on Homeland Security. The Holly Democrat has a background of working as a CIA analyst and as a senior Pentagon official.

Slotkin said, in a release, that she sees the ‘post-9/11 era’ where the greatest threats to our national security were external as being over. She stated that she believes it is extremists seeking to exploit internal divisions within the country that now pose the greatest threat. A national security expert, Slotkin says the mission is now to turn towards the threats faced at home and at individuals and groups that have been inspired by the division in the country and have used it to turn their anger into terrorism and violence. Slotkin said across Michigan and within the 8th District, she has identified trends that started long before the events of January 6th in Washington. She pointed to armed protesters in the Capitol building in Lansing, raids to arrest those plotting against the governor in the fall, groups like the Proud Boys proliferating in the community, and an increase in anti-Semitism.

Slotkin said that violence cannot be allowed to become a regular tool in the political system. “No matter what cause it supports, we should all refuse to accept that, to let that become normalized in our country.”