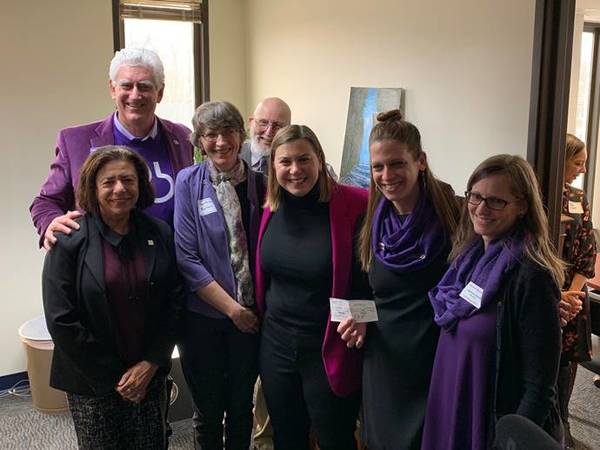 As promised, Congresswoman Elissa Slotkin donated her congressional salary from the federal government shutdown to the Alzheimer’s Association at an event over the weekend.

Slotkin donated $10,965, and presented the check on Saturday to Lauren Kovach, a lifelong Brighton resident and advocate with the Alzheimer’s Association in Michigan. Slotkin said that in “good conscience” she could not take a salary while the federal government was shut down and the donation was “in honor of everything the Alzheimer’s Association does, the impact that it has in the community, and everything it means to be a part of making your community better.”

During the shutdown, Slotkin introduced the Shutdown to End All Shutdowns Act, which would suspend pay for Members of Congress in the event of a government shutdown, as well as suspend travel for Executive Branch officials. (JK)