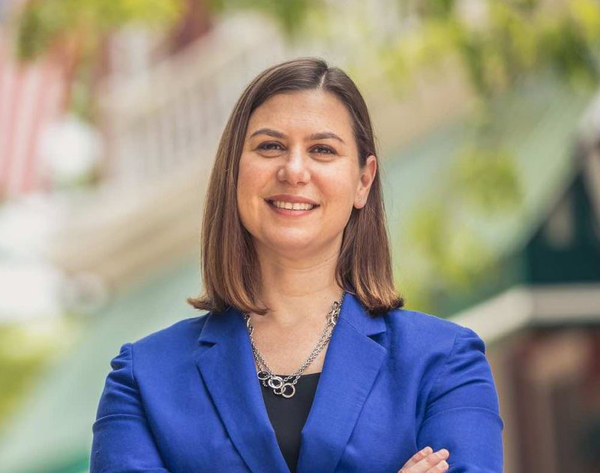 Slotkin talked about the importance of a $2.2-trillion stimulus bill passed by the Senate late Wednesday. Highlights of the bill include $130-billion of assistance for hospitals, unemployment benefits being extended 4 months, new money for Small Business Administration (SBA) loans and grants for small businesses, and emergency money for health care.

Slotkin said many Americans also stand to get a check from the government, depending on their income level. People who earn less than $70,000 could also receive a check for $1,200 plus $500 per child. When asked about whether the country could afford the $2.2-trillion price tag on the package, Slotkin said this is something we can’t afford not to do. She called it deeply unusual, having the American economy grind to a halt in many sectors - not just locally, but across the country. Slotkin said this plan is about trying to prevent the country from going into a depression, and data shows that a strategy for that success is to spend.

The Congresswoman also talked about legislation she authored on Monday, which calls on President Trump to use his authority under the Defense Production Act to direct industry to produce ventilators, protective equipment, and other needed medical supplies. This would help close the gap between what we have and what we need.

Slotkin, a Democrat, said this isn’t something she would normally do, but given the sense of need during the coronavirus outbreak, believes it is necessary. She said at the town hall, “as someone who was at the Pentagon and CIA, who managed a lot of crises and task forces- under normal circumstances I would not think it prudent for the congressional leaders to be telling the Executive Branch how to handle a crisis.” She said the executive branch is at the center of it, “but the President has not been using his authority and that’s why you have people like our Governor having to go out publicly and ask for donations for our hospitals.”

Opponents of this action claim it is akin to nationalizing industry. Slotkin said that it isn’t a wholesale take over and it’s not forever. She noted that, out of an altruistic sense, many manufacturers are already doing this on their own. Slotkin called it prudent planning - not just for today, but for where we are going. She said “any work we can do to get ahead, we should be doing.”