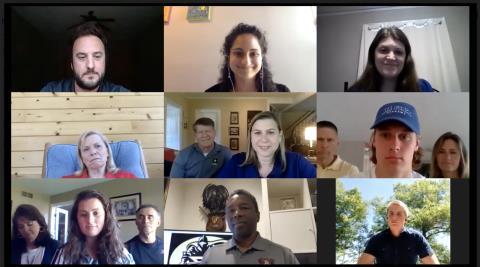 
Five Livingston County students were among future cadets and midshipmen appointed to U.S. military service academies who were honored Saturday during a virtual ceremony.

Slotkin, a Holly Democrat, told the appointees that, “For much of human history, military force has been a tool of oppression. But America’s military, at its finest, is a symbol that the armed might of a great democracy can be a symbol for freedom, not oppression.” She added that they were all, “about to receive an outstanding education and invaluable training, preparing you for almost anything you might want to do in life. You are also receiving great responsibility: from the moment you become a cadet or a midshipman, everything you say and do will reflect on your academy, your service and the institution of the military.”

Slotkin also reminded the future cadets and midshipmen of Michigan’s rich military history, from when it was still a territory during the War of 1812 to its contributions during World War II as the Arsenal of Democracy.

Each Congressional office can nominate up to 10 candidates at the U.S. Service Academies each year.