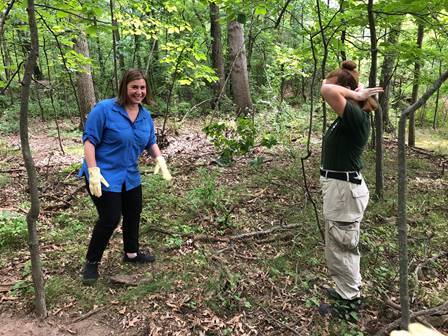 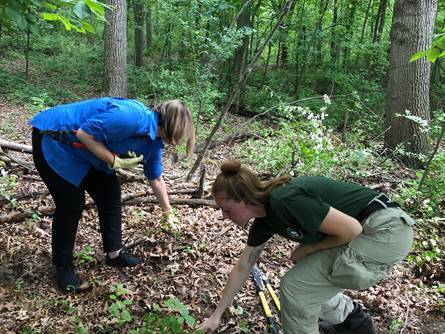 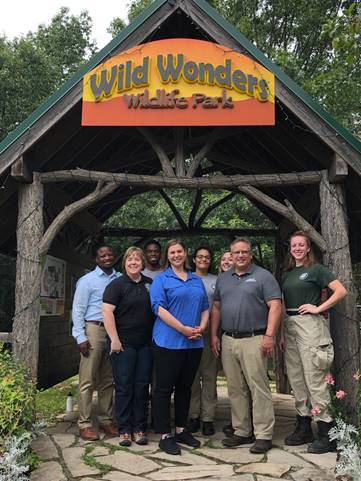 Livingston County’s Congresswoman was named an honorary
AmeriCorps member and took part in a project at the Howell Nature Center.

U.S. Rep. Elissa Slotkin joined a team of AmeriCorps members at the Howell Nature Center Tuesday for an afternoon of service, becoming an honorary AmeriCorps member for the day as the program prepares to mark its 25th anniversary later this year. Slotkin has spent her career in national service, including serving three tours in Iraq alongside the military as a CIA analyst, and as a senior official at the Defense Department. The group’s leader administered the AmeriCorps Pledge to the Congresswoman, she donned a pin and work gloves, and joined the AmeriCorps members in building a new hiking trail for the nature center. Slotkin said coming from a service family, it is heartening and inspiring to see young people who have devoted their time and energy to service and the solemn responsibility to improve the lives of those around them. She says that’s needed now more than ever, and it was a joy to serve alongside them.

This fall marks the 25th anniversary of the AmeriCorps program. This year, the Corporation for National and Community Service (CNCS), which administers the AmeriCorps program, will invest nearly $3 million in national service projects in Michigan’s 8th district, including funding for approximately 100 AmeriCorps members and more than 500 Senior Corps volunteers. This year, Slotkin advocated for increased funding for CNCS. The agency received a $55 million funding increase in the appropriations bill passed by the U.S. House of Representatives funding Labor, Health and Human Services, Education and related agencies, including the Americorps program. Since inception, 2,100 residents of Michigan’s 8th district have given more 3.4 million hours of service to their country and received more than $8.4 million in scholarships. (JM)