Slotkin Updates On Made In America Initiative 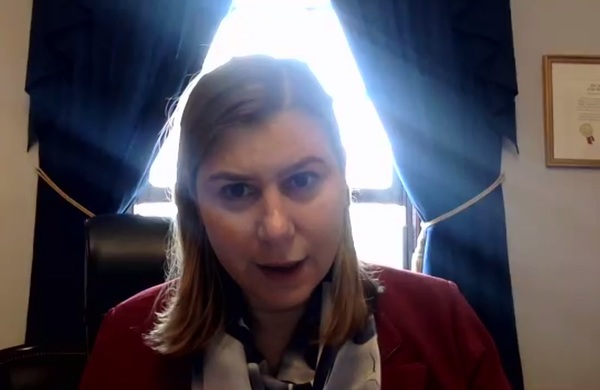 The Holly Democrat Zoomed in from Washington D.C. on the eve of the House of Representatives vote on the $3-trillion HEROES Act relief package. Slotkin said that included in the Act are four provisions from her Made in America medical supply Chain initiative. She said the initiative was born from the agony she heard in hundreds of calls from health care professionals who were without PPE in the earlier stages of the pandemic. Slotkin said she found it maddening that her ability to get a 78-cent mask for nurses in the 8th District was determined by a Chinese-controlled middle-man half a world away.

In crafting the package, she drew upon her experience in the Defense Department which has strict “Buy American” requirements on almost everything they purchase. This helps them control the supply chain along with surge capacity.

Slotkin said there is a ton of good policy that already exists that could be basically cut and pasted to create a medical supply market and incentivize American manufacturing. She asked if shouldn’t there be respect for the national security importance of supply chains like this. While not caring about where “ladies razors” or “knick knacks” are produced, Slotkin said medical supplies, pharmaceuticals, and the food supply chain should have a major component produced here.


The four provisions included in the HEROES Act are 1- helping ensure the national stockpile doesn’t include expired items; 2- a better understanding of what states needed from the stockpile and what they received; 3- clear and consistent guidelines for the procedures around dispensing items from the stockpile; and 4- making sure the government is properly reimbursed when its items are distributed to health care providers and patients.

Slotkin said she is aware that the HEROES Act is not bi-partisan, as it is not expected to be taken up in the Republican-controlled Senate. But she noted that is like the Senate’s previous bills that were passed and then worked on by the House. She said she has no problem with negotiation, and she knows 8th District constituents expect bi-partisan work, which is what she’s hoping to get after the HEROES Act’s likely passage from the House.