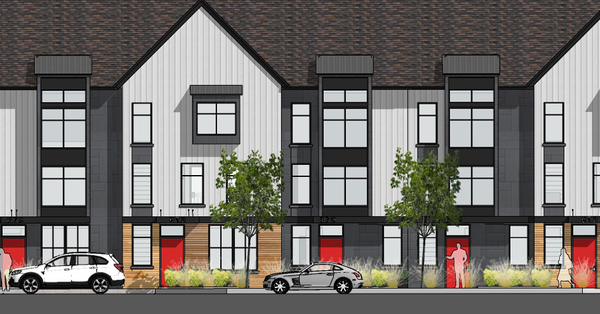 
A public hearing has been delayed on a plan to tear down an abandoned school in Brighton and replace it with a townhome development.

The City of Brighton Planning Commission on Monday had been set to consider a site plan approval for the project that would be called the West Village of Brighton. It would also rezone the 10.5-acre property from R-1, or single-family residential, to a planned unit development, or PUD. S.R. Jacobson Development Corp. of Bingham Farms wants to build 140 townhomes on the former Lindbom School site at 1010 State St., between N. 6th and N. 7th streets.

However, Michael Caruso, Brighton’s Community Development Manager, tells WHMI that the developer has yet to receive the results of a comprehensive traffic study of the area from an independent engineering firm, so it was decided to postpone the public hearing and review until the study is received. In fact, Caruso says Monday’s meeting will be canceled as the only other item on the agenda, a site plan extension request for The Canopy Lounge on St. Paul Street will also be moved to a future agenda.

Receiving site plan approval would be a necessary step toward a purchase agreement for the parcel on the city’s northwest side. The city council would also need to give their approval. Once that’s completed, the developer plans to tear down the old school building in September and then immediately begin construction.

West Village of Brighton is just the latest plan for the site since the school closed in 2010. A company owned by Fenton-area developer Pat Battaglia purchased the school for $1.45 million from Brighton Area Schools in 2015 with a proposal to open a charter school in the building, but the BAS board balked at sponsoring the school. Battaglia then proposed a senior housing complex and later a senior housing and assisted living facility for the site, but financing for both projects fell through.

Robertson Bros. of Bloomfield Hills had also proposed single-family homes on the land, but abandoned those plans due to underground contamination of trichloroethylene caused by an old manufacturing site on nearby N. Fifth Street.

S.R. Jacobson Development says they plan to deal with that by not including basements in the townhomes so they won’t get near the contamination zone which is located 14 feet underground. In addition, they will connect to the city’s water supply, avoiding groundwater concerns while vapor barriers will be installed to prevent air contamination.