Signage Determined For Scofield Park In City Of Howell 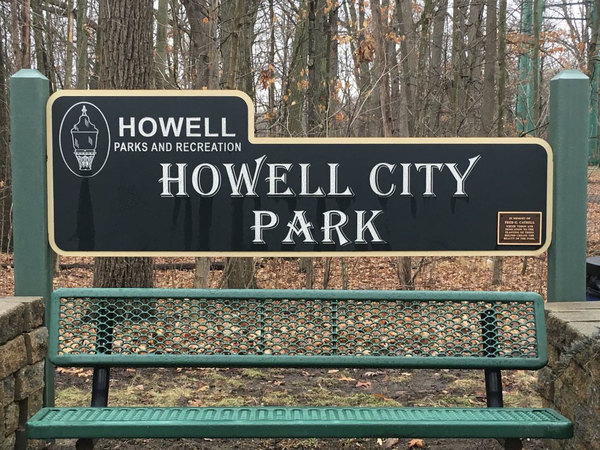 Final signage has been determined for the renaming of Howell City Park.

The park that overlooks Thompson Lake is being renamed to recognize Bill, Joy and Rick Scofield’s influence and commitment to the city. The family’s members have each held a number of leadership roles and have given back in various ways to the community that the Scofield family has been a part of for over 70 years. The Scofield Park Dedication Committee requested the name change. City Council met last week and agreed on a proposed sign incorporating comments from a previous meeting. The park sign will remain the same green color but will instead read “City of Howell Scofield Park”. City Manager Shea Charles tells WHMI at the January 31st meeting, the mayor and council voted to begin the process of renaming Howell City Park and there was quite a bit of discussion on how the actual sign would look. Based on conversations at that meeting, he says those who had supported to rename the park provided a proposed sign for Council consideration. At last week’s meeting, Council approved the sign and will move forward sometime this spring. The overall design matches the other signage of all the other city parks.

An existing plaque honoring Fred Catrell for his vision in planting trees at the park on the front entrance sign will be moved to the upper right corner of the new sign, which organizers and council felt was a more prominent location. Councilwoman Jan Lobur previously voted against the renaming of Howell City Park, saying that it has always been called that and that it belongs to everybody but stressed she respects and admires the Scofield family. At the last meeting, she commented that she would have preferred the City of Howell wording on the sign be larger than the Scofield family name. No city funds are being spent toward the project, which is made possible through donations. Organizers noted that they are looking at Sunday, May 19th as a possible date for a dedication ceremony. (JM)