Sidewalk Trip Hazards To Be Removed In City Of Howell 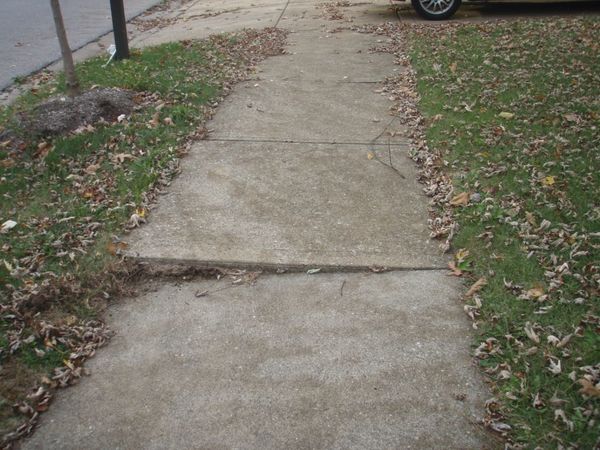 
Sidewalk trip hazards will be removed throughout the City of Howell.

In 2011, the City began the process of horizontally cutting sidewalk to remove trip hazards, which a memo states has resulted in reduced liabilities and a safer pedestrian infrastructure. Further, it’s said to be very cost effective, a quick process with minimal disruption, environmentally friendly and easy to audit. Some questions were raised during the meeting about how broken sidewalk panels are addressed.

DPW Superintendent Matt Davis said the City hasn’t had an actual replacement program since 2017 as it hasn’t been budgeted but that work will be incorporated this year.

Davis said they had been doing every other year and rotating but then moved to doing two fiscal years in one calendar year, which allows for better pricing. He said they’ll be doing the trip hazard removals as well as a replacement program this year as well to alleviate certain conditions encountered over last couple years. Davis added it has been a great program as the company comes in and does the work and most people don’t even realize they’ve been there.

The City has utilized the contractor for the past nine years, which is said to do an excellent job and provides good pricing. Where repairs are needed are identified by staff and calls received over time. The work is expected to be done in the fall.