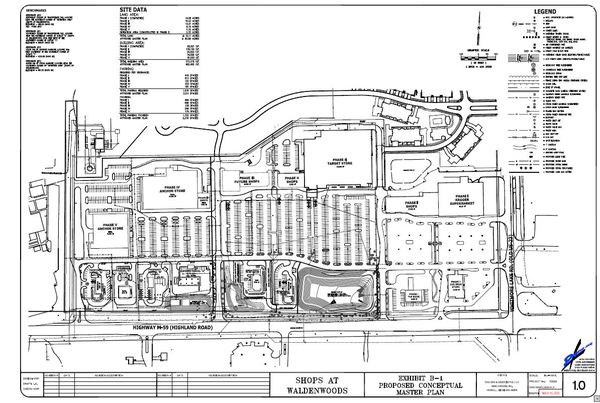 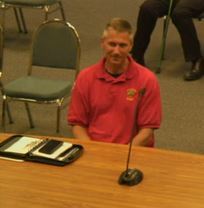 
Some conceptual changes have been approved for part of a commercial development in Hartland Township.

The Planning Commission met last Thursday and granted approval to amend a site plan for a previously approved conceptual master plan for The Shops at Waldenwoods. The development is located at the northwest corner of M-59 and Old US-23, totaling 61 acres and comprised of multiple parcels. The planned development was originally approved in 1999 and was to be completed in several phases. The first phase was completed with one multi-tenant commercial building including Kroger and then other stand-alone buildings that consist of a pharmacy and bank. Target is the only building that was constructed as part of the second phase. Changes involve the out lots and for a portion of the property to the west that has yet to be developed.

The applicant, Brian Crouse, is seeking to reconfigure the front portion of the property to section off more logical out lots for new tenants along M-59 instead of what is basically parking lots on original plans. Crouse commented they have a theoretical use but nothing in stone yet. He stated that changes are also needed due to M-DOT’s taking of road on M-59 and they need to build more detention basin in a different spot, which the new design allows for.

Although everything is conceptual, Commissioner Sue Grissim expressed a desire to keep a walkable community and encouraged the applicant to incorporate sidewalk connections. She said she recognized that things will be moving around but asked they try to keep the walk connections and tie into the Fox Ridge Community, which was shown in earlier plans. Grissim added she just didn’t want to lose any opportunities but also have the sidewalks so people aren’t walking in the roadways.

The applicant appeared open to the request. Other commissioners were supportive of plans and Chairman Larry Fox noted it was just conceptual and basically a guide to what could happen to it, thus no formal review was required. It was noted that each out lot would require its own individual site plan and review process prior to being developed.