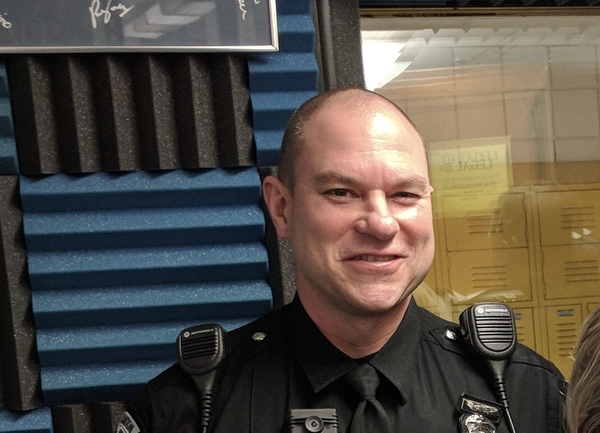 
The victim in Monday's shooting death in Brighton has been identified.

Brighton Police Chief Rob Bradford tells WHMI that 48-year-old Edward Jagst, a member of the Canton Township Police Department, was the person shot and killed on Monday morning inside his home on Woodlake Drive. Jagst was found dead in his bed by responding officers who had been called to the home at 10:28am by his teenage daughter. The daughter identified her 18-year-old brother as the shooter and said he had threatened to kill himself before leaving the home.

When the son called his mother on her cell phone, Bradford says she handed it the officers who convinced him to return to Brighton and turn himself in. Troopers from the Michigan State Police Brighton post and deputies with the Livingston County Sheriff's Office then began following his vehicle along westbound I-96 from around Kensington Road until they were finally able to bring him to a stop on Murphy Drive, near Challis, where he surrendered without incident.

Bradford says a small-caliber rifle was recovered from the Ford Focus the suspect was driving and it is believed to be the murder weapon but is being tested for confirmation. "I definitely wanted to thank all of the departments that assisted with this tragedy and our hearts go out to the family and the entire Canton Township Police Department. He was a well-respected man and officer." Jagst had been a Plymouth-Canton Community School Resource Officer, although it doesn't appear he was currently assigned to that role.

The suspect remains lodged in the Livingston County Jail pending arraignment on charges, which is expected to be some time Wednesday.

Bradford said that a motive in the case has yet to be determined, but told WHMI they are still "working on a few things right now that are hopefully going to lead us in the right direction. We still have some interviews to do and a few follow-up things, but hopefully we can come up with an answer."

When asked about the fact that victim was a police officer, Bradford told WHMI, "It's close to home. There's so much going on in the news right with police and its just another tragedy for the profession and it definitely hits close to home without a doubt."