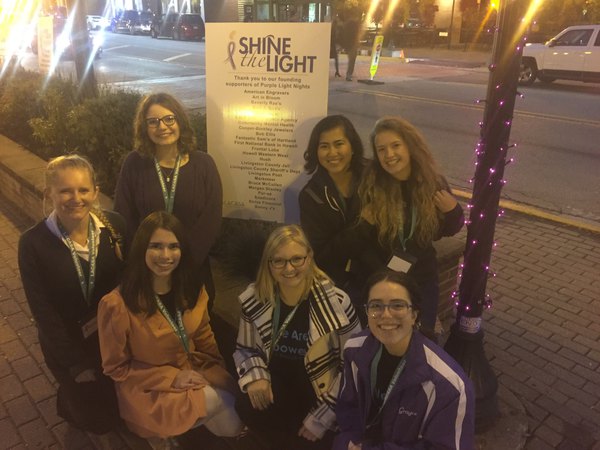 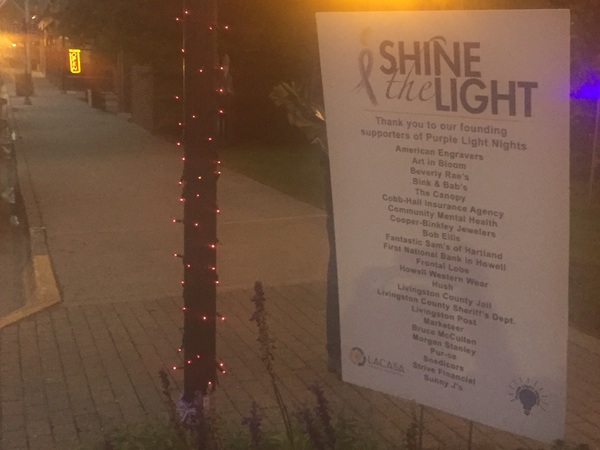 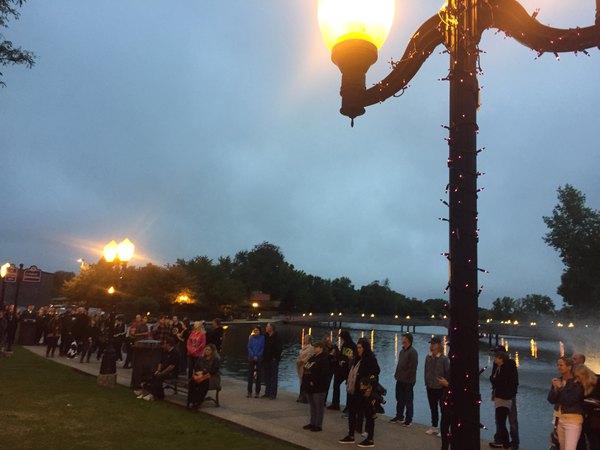 A purple glow lit up the Brighton Mill Pond Tuesday night, highlighting the strength of survivors of domestic violence and the efforts being made to bring about change.

Local nonprofit LACASA held their annual Shine the Light ceremony in downtown Brighton, inviting the community to join in recognizing October as National Domestic Violence Awareness Month. LACASA has held a candlelight vigil in years past with a somber ceremony that honored victims and survivors of domestic violence. However this year’s event was instead orchestrated with a positive undertone to illuminate the strength of survivors and efforts being made to combat domestic violence. To add to the uplifting mood, the evening included performances from Brighton and Howell high school choirs and the Dynamic Expressions dance team from Hartland.

LACASA’s Teen Advisory Council spoke during the event, sharing their efforts to raise awareness about domestic violence. Council member Holly Humphries says they want to spread encouragement by supporting others when they’re going through tough times. Humphries says no one ever deserves to go through something as traumatic as domestic violence, and everyone deserves a second chance and hope that they can move forward in life.

Livingston County Prosecutor Bill Vailliencourt shared recent successes among the community’s various law enforcement agencies as they work to end the cycle of violence. Vailliencourt tells WHMI local police agencies have been updating the protocol for responding to domestic violence incidents. Officers from every police agency have now been trained in investigating strangulation, which is a particularly violent and traumatic form of domestic violence, according to Vailliencourt.

As dusk began to set in, purple lights that hung from the bridge and light poles turned on, casting a glow over the crowd. Purple is the cause color for domestic violence and LACASA is inviting area businesses and residents to display purple lights on store and home fronts this month to help raise awareness.

LACASA provides critical services to victims of abuse and their families. President and CEO Bobette Schrandt says by shining a light on the issue of domestic violence, the community can be encouraged by all that has been done to combat the problem and what is still to come. She hopes those efforts can one day help put LACASA out of business. Schrandt says the courage, compassion and determination she sees every day among survivors is what keeps her going. Bobette says the Shine the Light campaign is a reminder that the community can and is working together to make a difference, and that is a reason to believe in hope. (DK)