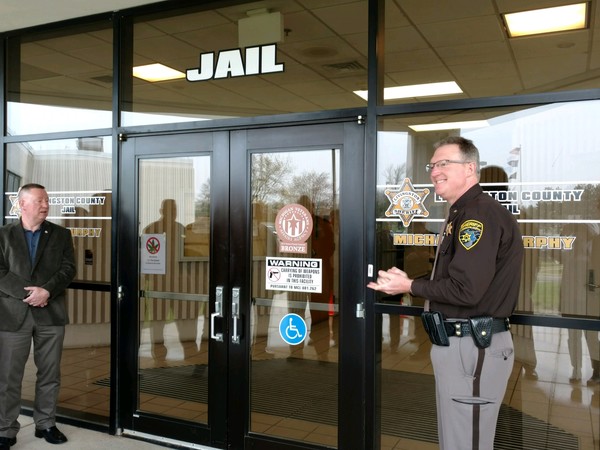 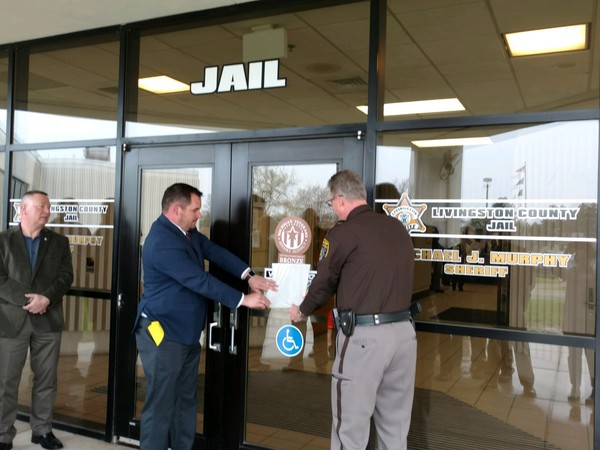 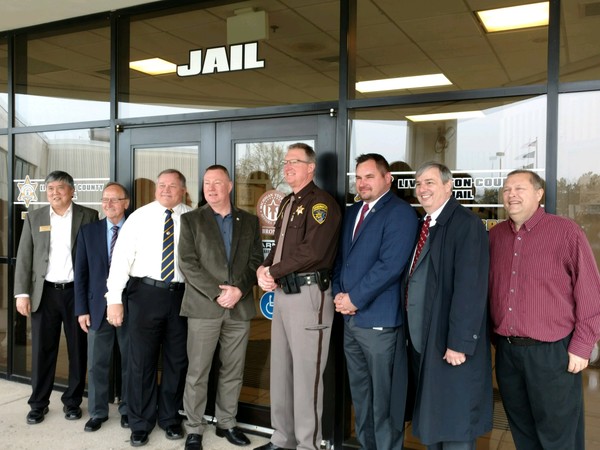 A large crowd attended a ceremony Monday afternoon to recognize the Livingston County Sheriff’s Office as a veteran friendly employer.

A color guard ceremony kicked off the event held at the Sheriff’s Office, which was well attended and featured various speakers from the state, county and local levels. The Michigan Veterans Affair Agency recognizes employers that commit to military veteran recruitment, training and retention practices by awarding those employers Gold, Silver and Bronze level status through the Veteran-Friendly Employer Program. There are three levels to the program – those at the bronze level set a veteran hiring goal, those at the silver level achieve that specific hiring goal and enact other veteran friendly employment practices, and the gold level is all about retaining those veterans hired. There are 304 active organizations in the state program, with just under 30,000 veterans currently working. The Sheriff’s Office been a part of the program since January 23rd and is currently at the bronze level, working its way toward silver. 28 are currently employed - all having served in different branches and conflicts. Some speaking during the ceremony were representatives from the Livingston County Veterans Services Department, retired Livingston County Sheriff and current Commissioner Bob Bezotte and State Representative Hank Vaupel – all of whom are veterans.

Retired Army Veteran and Strategy Analyst with the MVAA in Lansing Randy Leffel and some other speakers noted that the typical response when asked why it’s important to hire veterans is because “it’s the right thing to do” or “we owe it to them”. He clarified that’s really the really the wrong answer and veterans should be hired because of the skills they bring to the workforce by virtue of their training in the military. Leffel said among those are critical things like coming to work on time, being in proper uniform and doing what they’re supposed to. Leffel told WHMI the veteran unemployment rate for Michigan is 3.6% but because that rate is so low, it is a very tight job market. He stressed that it is so important and very meaningful to the individual veterans as we’ll as their families when organizations like the Sheriff’s Office make that concerted effort to hire Veterans into their workforce. He says they appreciate their efforts and applaud their commitment to attracting veterans to their workforce.

At the close of the ceremony, officials went outside and hung up a bronze decal on the front door of the Sheriff’s Office recognizing the achievement. Sheriff Mike Murphy said it’s a feather in their cap recognizing their preference to veterans and they hire them because they have a great track record. He says the military does a great job training men and women who come out with a skillset. Murphy those who have served understand that they have a job to do, need to be on time and work when they’re at that job –all of which are some things that might not necessarily be seen in some of the workforce today. Murphy tells WHMI they’re pretty happy with the veterans at the Sheriff’s Office. Murphy said some are retired military, some spent time with full retirement, some spent time but got out and then there are others who are still active with the Guard. He noted one is deployed currently and his deployment has actually been over one year now. Murphy says the Office is very supportive of the needs of veterans and making sure that they get the time they need to fulfill their obligation the country and service that they signed up for. He added sometimes that can create a little bit of a hardship on the Office but at the end of the day, it’s certainly all worth it.

More information about the program can be found through the link. (JM)